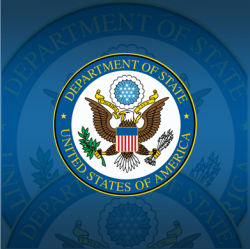 The State Department has announced the release of their 2016 Atrocities Prevention Report. The report describes the targeting of and attacks against civilians, including members of religious and ethnic groups in the Middle East and in Burma, and provides an overview of the U.S. government response to these attacks.

The report acknowledges that there is no universal definition of “mass atrocity,” but states that in the context of the report the phrase refers to “large-scale and deliberate attacks on civilians.” This can include but is not limited to genocide, crimes against humanity, and ethnic cleansing.

The interagency Atrocities Prevention Board makes several recommendations in the report. Among their lines of effort are multilateral strategies involving U.S. government and other governments advocating international cooperation, diplomatic response, and humanitarian assistance response.

For more information on the report, please follow the link below.
Atrocities Prevention Report, Department of State