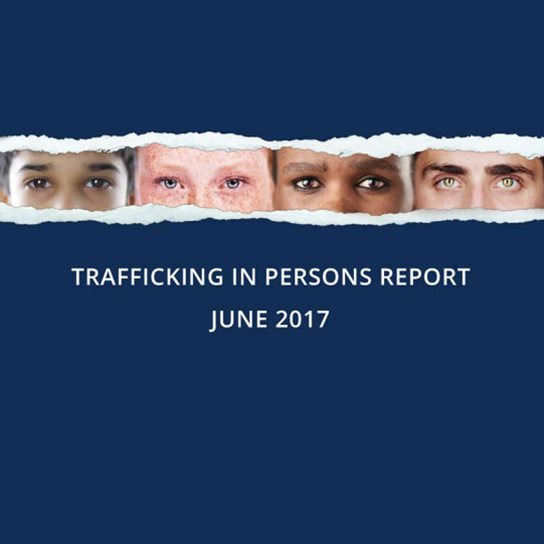 Today the Department of State released the 2017 Trafficking in Persons (TIP) Report. Secretary of State Rex Tillerson and Ambassador-at-Large to Monitor and Combat Trafficking in Persons Susan Coppedge each addressed the report in separate briefings, speaking about the global tragedy of human trafficking and the responsibility of governments to bring an end to this crime.

The State Department’s TIP Reports highlight strategies to prevent human trafficking around the globe, analyzing governments’ prosecution, protection, and prevention efforts. The focus of the 2017 TIP Report is the responsibility of governments to criminalize human trafficking in all its forms, as laid out in the Palermo Protocol, which was adopted in 2000. In his remarks, Tillerson spoke of the need to root out members of law enforcement and the military who are complicit in the trafficking of persons, while Coppedge asserted that victims of human trafficking should not face charges for criminal acts they may have committed due to coercion and exploitation.

The 2017 TIP Report assesses countries’ anti-trafficking efforts, measuring government efforts across the 3P paradigm – prosecuting traffickers, protecting victims, and preventing the crime. While governments have made progress to criminalize all forms of human trafficking and strengthen victim protections, traffickers continue to exploit millions of victims around the world.

In his opening letter, Tillerson recognizes the global scope of trafficking and the need to cooperate with international partners, through governments, civil society, law enforcement groups, and survivors of trafficking. 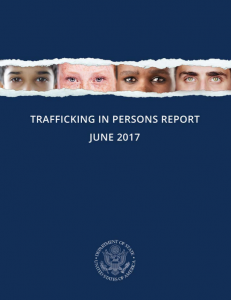