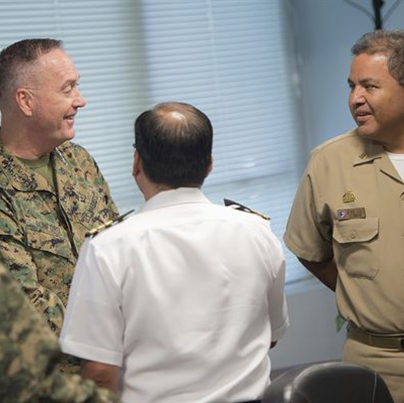 Chairman of the Joint Chiefs of Staff Marine Corps General Joseph F. Dunford praised Joint Interagency Task Force South (JIATF South) for their anti-drug efforts during his visit on March 8. Dunford said he was impressed by the professionalism, expertise, and dedication exhibited by the members of the task force.

JIATF South is an interagency and international effort under the command of U.S. Southern Command. The task force is made up of multiple military services and U.S. government agencies, including the Department of Homeland Security, FBI, and Drug Enforcement Agency. JIATF South also includes representatives from 15 nations.

The task force is dedicated to interdicting the flow of cocaine from the coca-producing nations of South America, halting nearly 20 percent of the cocaine being shipped out of Colombia, Peru, and Bolivia. Dunford applauded JIATF South, saying “The organizational construct they have here, the information sharing that’s taking place, and the processes and procedures that they are using, have applicability elsewhere.” According to Dunford, JIATF South’s efforts could serve as a model for dealing with foreign fighters or for sharing counterterrorism intelligence. 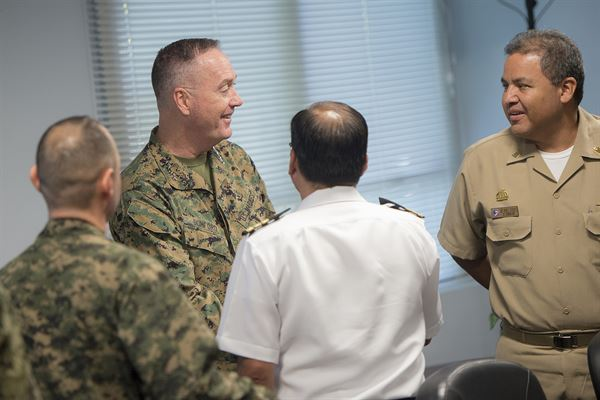