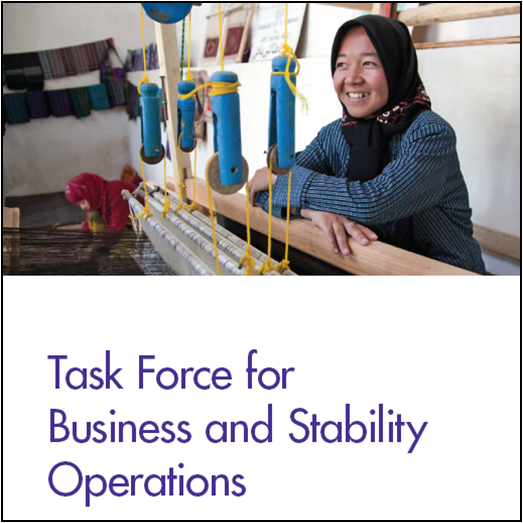 RAND’s report focuses on lessons learned from the task force’s economic development efforts in Afghanistan. The report reviews task force stakeholders, which included military and civilian personnel within the Department of Defense, the international business community, Afghan partners, and civilian agencies like the Department of State and the U.S. Agency for International Development. The report also looks at task force projects and offers insights into how a task force–like organization could be of value in future U.S. engagements. 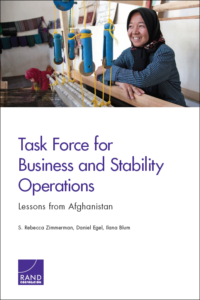 For more information about this report, please follow the link below.
Task Force for Business and Stability Operations: Lessons from Afghanistan, RAND Corporation