On May 14 the Simons Center hosted the CEO Cybersecurity Roundtable at the Kauffman Foundation Conference Center in Kansas City. The event was presented in partnership with the Kansas City chapter of Business Executives for National Security (BENS) and the CGSC Foundation, the Simons Center’s parent organization.

The roundtable provided a forum for discussing cybersecurity threats, challenges, and resources for senior business executives, and was attended by leaders representing 32 companies and organizations from the Kansas City area, including UMB, Sprint, AMC Theaters, H&R Block, Commerce Bank, and KU Medical Center. Interagency organizations including the Kansas City offices of the FBI and Secret Service were represented along with the U.S. Attorney’s office.

A highlight of the roundtable was a case study presented by Mike Brown, Chairman/CEO of Euronet Worldwide, in which Brown discussed his company’s experience with a criminal security breach of its computer systems in 2011. Brown’s presentation was followed by remarks from Rick Harris, from the Department of Homeland Security’s Office of Cybersecurity and Communications, and by three panels which focused on cybersecurity threats, protection, and attack response.

The Simons Center plans to follow up the roundtable with an after action review that can serve as a “CEO Cybersecurity Handbook” for planning and response in the event of a security breach. 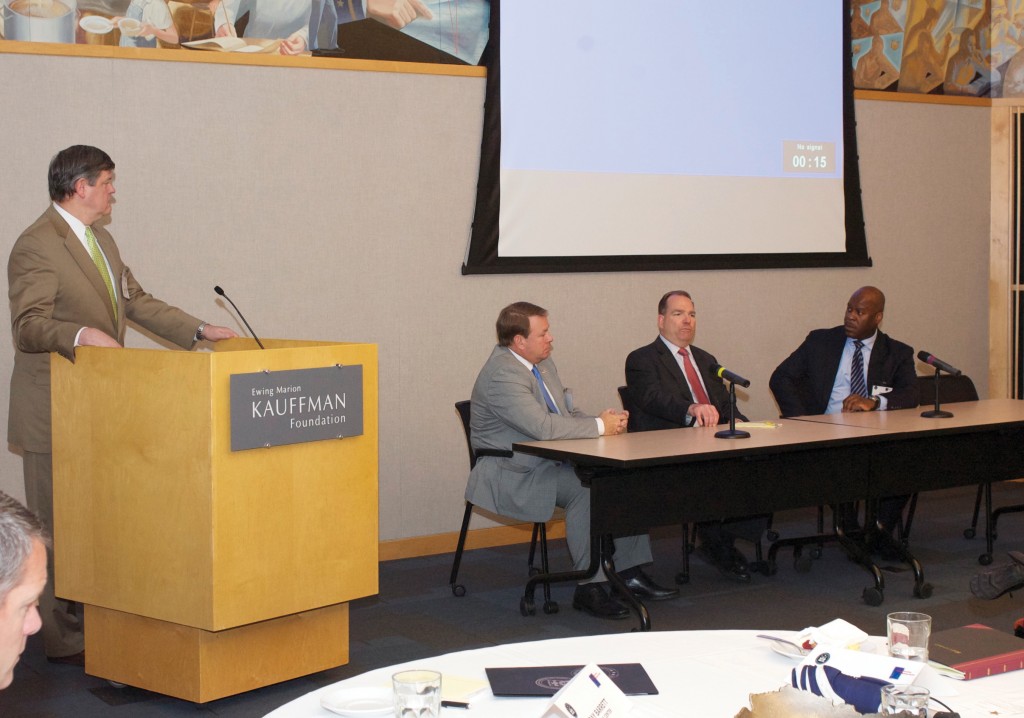 Look for an article on the CEO Cybersecurity Roundtable in the next edition of the CGSC Foundation’s Foundation News magazine. More photos of the event can be found on Facebook and Picasa.