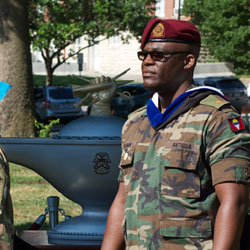 More than 1,100 officers graduated from the U.S. Army Command and General Staff Officer Course on June 15 at 9 a.m on the Main Parade Field. The graduating class includes mid-career officers from all American military services as well as 119 international officers representing 91 countries and 24 federal government civilian employees. 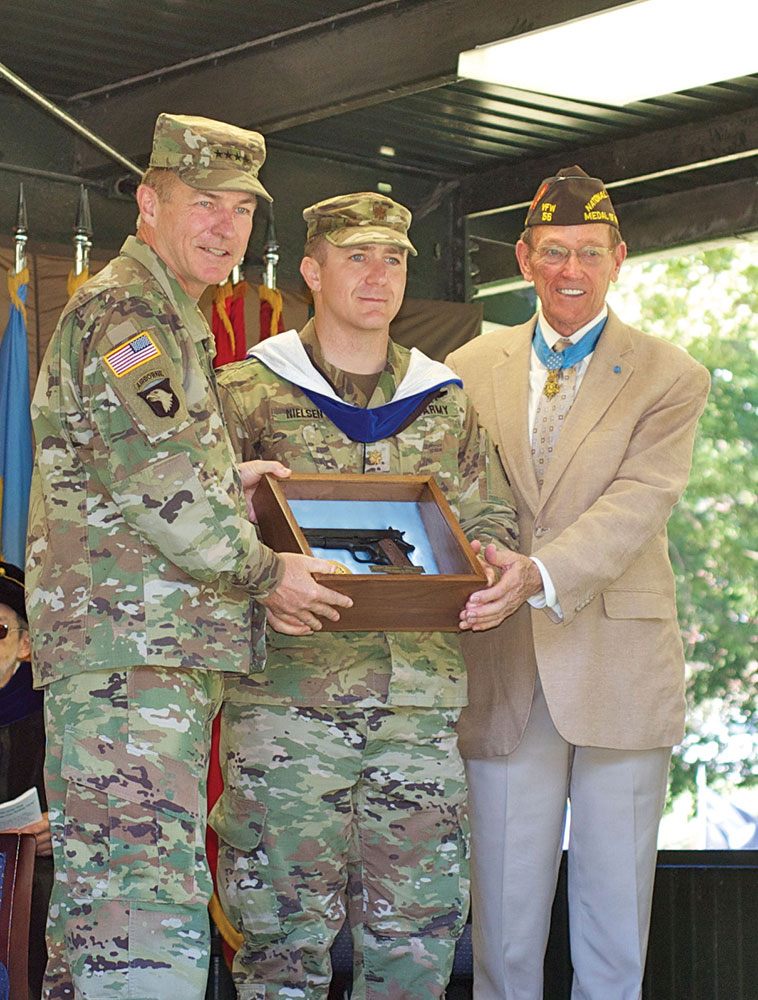 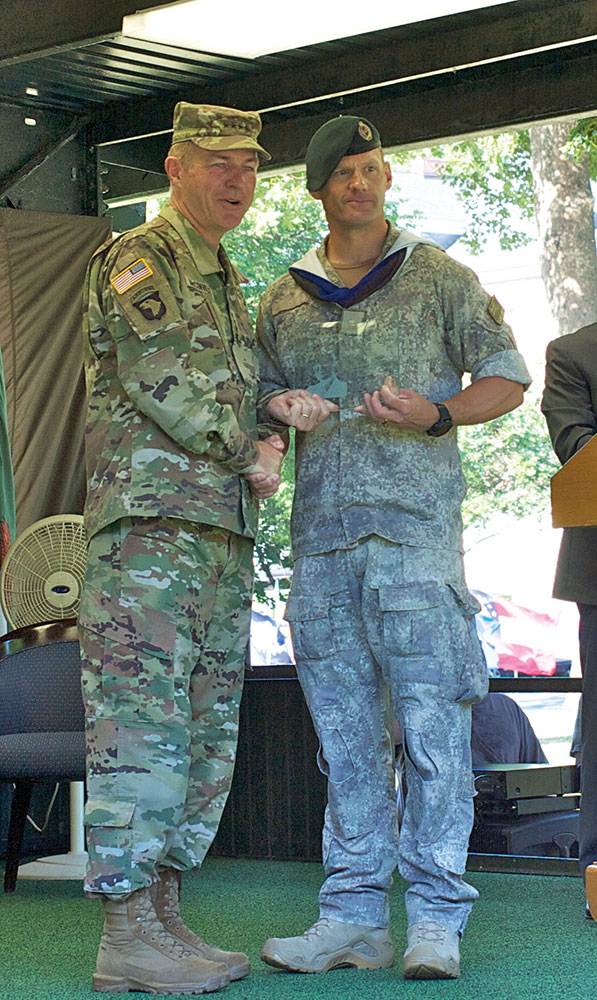 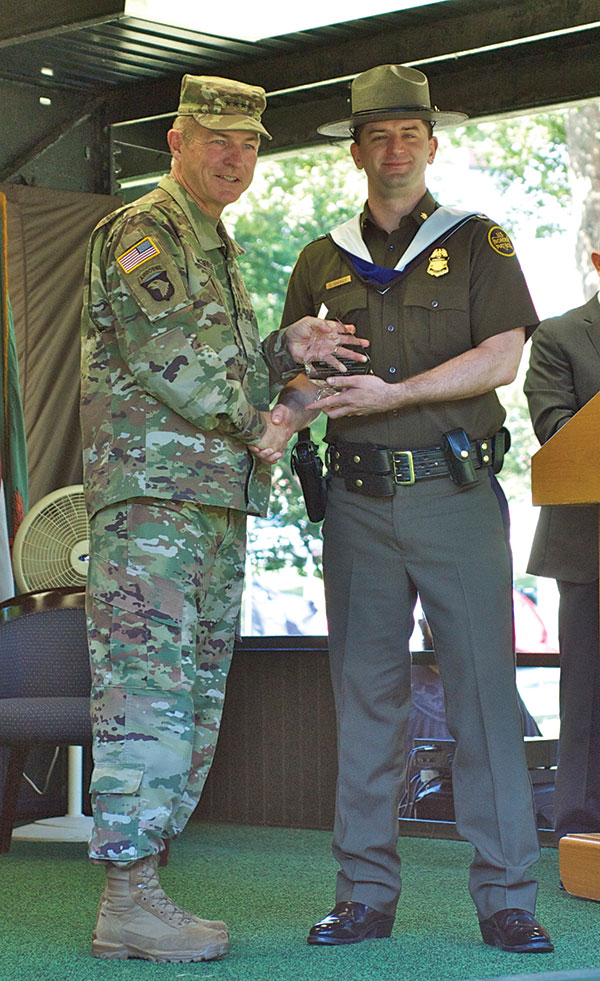 McConville, a 1994 graduate of the Command and General Staff College, is a native of Quincy, Massachusetts, and a graduate of the U.S. Military Academy at West Point, New York. He holds a Master of Science in Aerospace Engineering from Georgia Institute of Technology and was a National Security Fellow at Harvard University in 2002. He is the Army’s second ranking officer and has commanded at every level along the way including the 101st Airborne Division (Air Assault); 4th Brigade of the 1st Cavalry Division; 2nd Squadron, 17th Calvary Regiment in the 101st Division; and C Troop, 2nd Squadron, 9th Cavalry Regiment, 7th Infantry Division, before becoming the 36th Vice Chief of Staff of the Army.

McConville’s remarks were very succinct and he joked that he neither remembered his class graduating speaker nor what he said. Given that outlook, he concluded with two simple points.

“Congratulations on completing this milestone. Your success in your next job is going to be critical for the nation. We are all proud of you. We trust you to lead our Soldiers in battle. And, two things to take with you – graduation and change of command speeches can never be too short, and winning matters,” he said, which garnered more than a hearty round of applause from the students sitting in folding chairs in the sun and heat of the morning.

After the top awards were presented, more than 130 students walked across the stage and received their Master of Military Art and Science Degree. Students earn the master’s degree by successful completion of the Command and General Staff Officers Course, successful completion of an oral comprehensive exam, and writing and orally defending a thesis based on original research. The College is accredited by the Higher Learning Commission of the North Central Association of Colleges and Schools to award the master’s degree.

Following the MMAS presentations, class leaders were presented with their CGSOC diplomas, representing all members of the 1,100-person class. The band then played the Armed Forces Medley, after which the exodus began. Local Leavenworth residents remark each year the last place to be is in a crosswalk downtown on graduation day as the newly minted grads aggressively drive away from the post en route to the next challenge of their careers.

For more photos from the graduation ceremony visit the Foundation’s photo album on Flickr.

For complete photos from the ceremony, including all the MMAS recipients, visit the CGSC Public Affairs photo album on Flickr.

Command and General Staff Officers Course 2018 Individual Awards:
Note: * indicates the award is sponsored by the CGSC Foundation
Visit our information page for a complete description of each award.

*General George C. Marshall Award for top U.S. graduate:
Maj. Jonathan Nielsen
Note: This award is sponsored by the Veterans of Foreign Wars with an endowment through the CGSC Foundation.

*General Dwight D. Eisenhower Award for top International Graduate: Maj. Jason Tinsley, New Zealand
Note: This award is sponsored by the Beaham Family in memory of David Beaham, a former CGSC Foundation Trustee and champion of the international officer program, with an endowment through the CGSC Foundation.

*Major General Hans Schlup Award: Maj. Joseph O’Donnell, Canada.
Note: This award is sponsored by the CGSC Class of 1978 with an endowment through the CGSC Foundation.