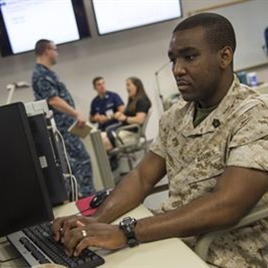 Nearly 800 representatives from U.S. government agencies, private industry, and foreign nations recently participated in Cyber Guard 2016, a nine-day exercise that concluded on June 18. U.S. government participants included representatives from the FBI and the Departments of Defense and Homeland Security, among others. Non-government entities included power companies and port facilities.

This year’s Cyber Guard exercise scenarios involved a mass power outage, an oil spill, and the port of Los Angeles shutting down – all possible scenarios in the event of a massive cyberattack. Last year’s exercise involved a major earthquake in Southern California, followed by a series of cyberattacks that disrupt electrical power along the West and East Coasts.

U.S. Cyber Command commander and director of the National Security Agency Navy Admiral Michael S.  Rogers addressed exercise visitors on June 16, speaking of the progress that has been made in training to meet cyber threats. Rogers also spoke of the importance of training across different areas of interest – such as banking and business – to emphasize that no single organization or nation can act alone against cyber threats.

Cyber Guard is part of a suite of annual exercises aimed at preparing critical defense and economic sectors to deal with cyber threats. The first Cyber Guard exercise was held in 2012.