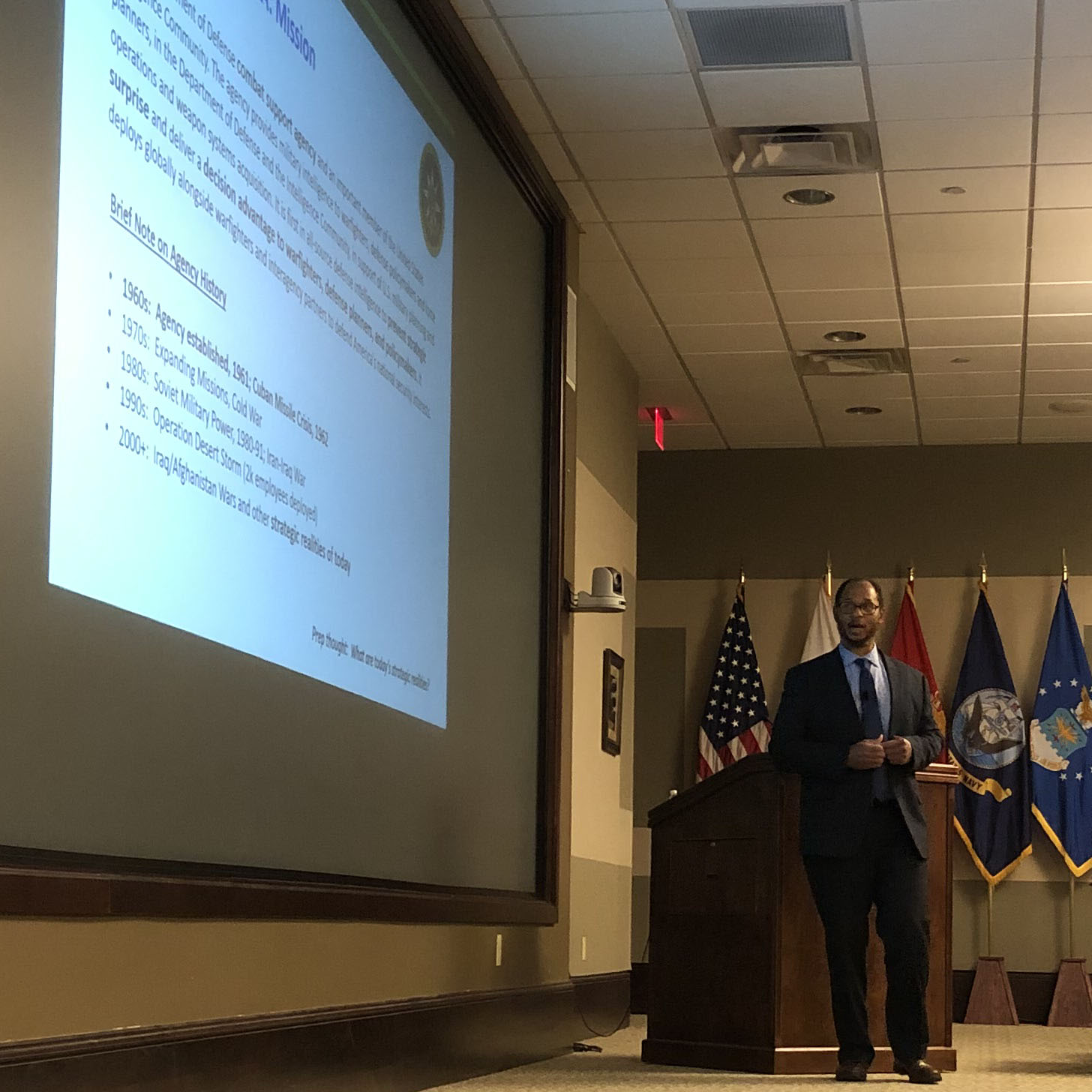 Defense Intelligence Chair and Defense Intelligence Agency (DIA) Representative to the Combined Arms Center and Army University Roderic C. Jackson spoke on the mission of the DIA at the latest InterAgency Brown-Bag Lecture on Feb. 14, in the Arnold Conference Room in the Lewis and Clark Center on Fort Leavenworth. Jackson’s is the seventh presentation of the InterAgency Brown-Bag Lecture Series for the U.S. Army Command and General Staff College (CGSC) academic year 2019. 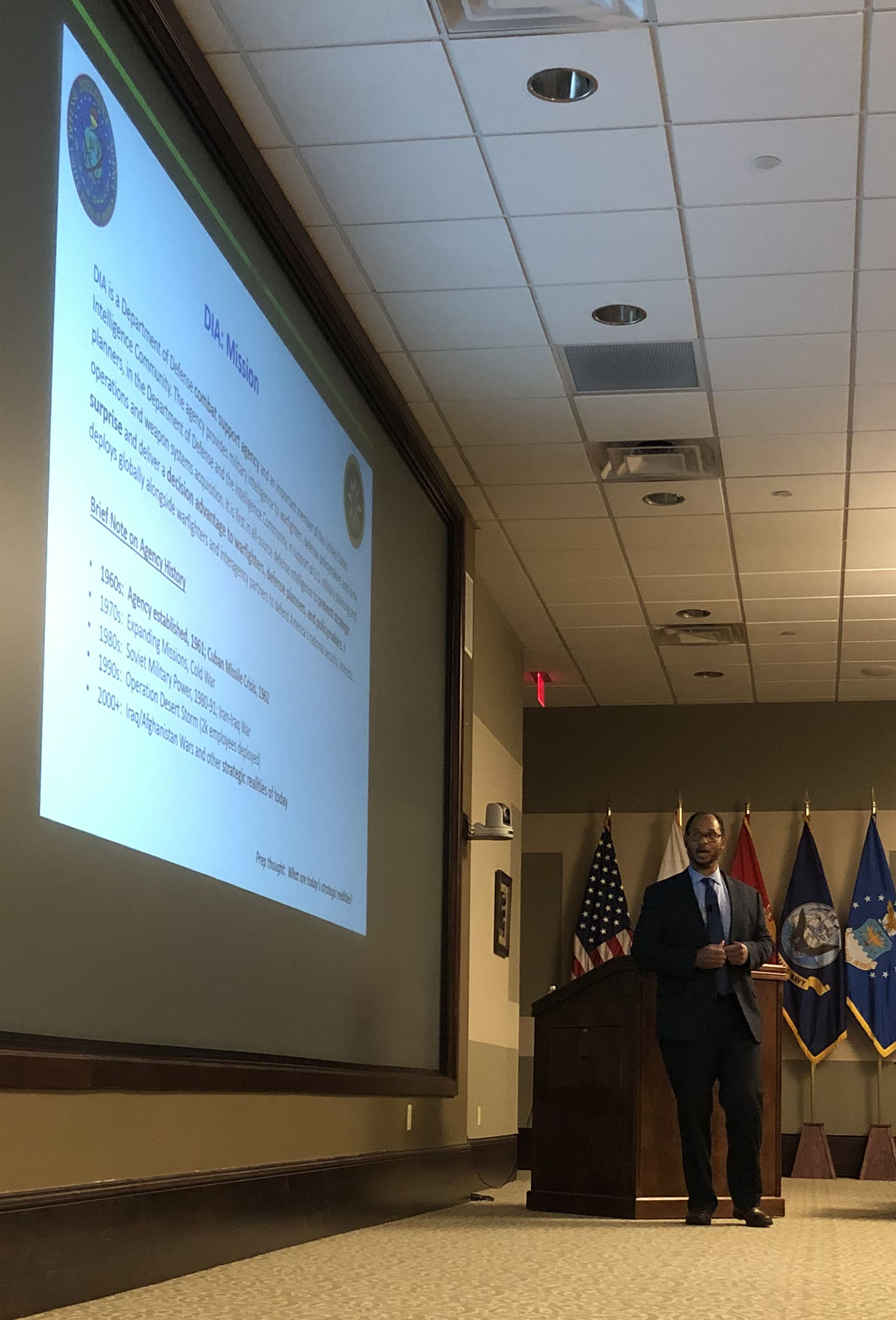 Jackson led a discussion on one of the nation’s least understood intelligence organizations, from its creation in the 1960s and its role during the Cuban Missile Crisis to the strategic realities of the present day. Jackson also briefed on the current worldwide threats, and took questions from the audience on a variety of topics.

Roderic C. Jackson has more than 30 years of experience in national security affairs with long-term interest in African security. He has served with the DIA more than 16 years as a military and civilian employee. Among his numerous assignments and deployments, Mr. Jackson has worked as a Defense Attaché and as a policy advisor to leaders at U.S. Africa Command (AFRICOM), U.S. Central Command (CENTCOM), and U.S. European Command (EUCOM).

The InterAgency Brown-Bag Lecture Series is co-hosted by the CGSC Foundation’s Simons Center with the U.S. Army Command and General Staff School (CGSS). The series is an extracurricular, interagency topic-focused series that is intended to help enrich the CGSS curriculum. The presentations are scheduled each month. – The next lecture is Mar. 5, 2019, featuring a presentation on interagency leadership. The CGSC Foundation and the Simons Center have received support for all brown-bag lectures in academic year 2019 from First Command in Leavenworth, Kansas.