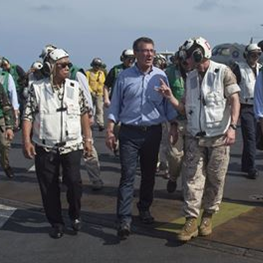 Earlier this month Defense Secretary Ash Carter spoke on the Department of Defense’s ongoing rebalance to the Asia-Pacific region. While speaking to the sailors aboard the aircraft carrier USS John C. Stennis, Carter said that “the Department of Defense is operationalizing the next phase of the rebalance and rebalancing it for the long term. We’re bringing our best people, people like you and our best platforms like the Stennis, forward to the Asia Pacific.”

Carter also spoke about new and enduring partnerships, and their role in sustaining American and regional security. 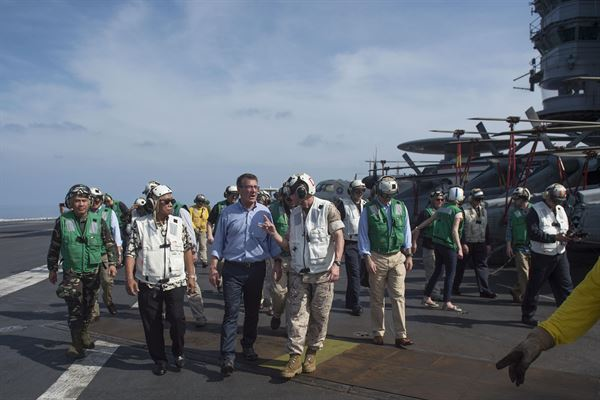 Defense Secretary Ash Carter spoke on the Asia-Pacific rebalance
while aboard the USS John C. Stennis on April 15, 2016.

Coming soon:
Look for an article on this subject in the May edition of the InterAgency Journal.