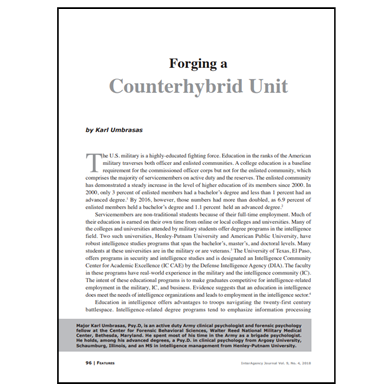 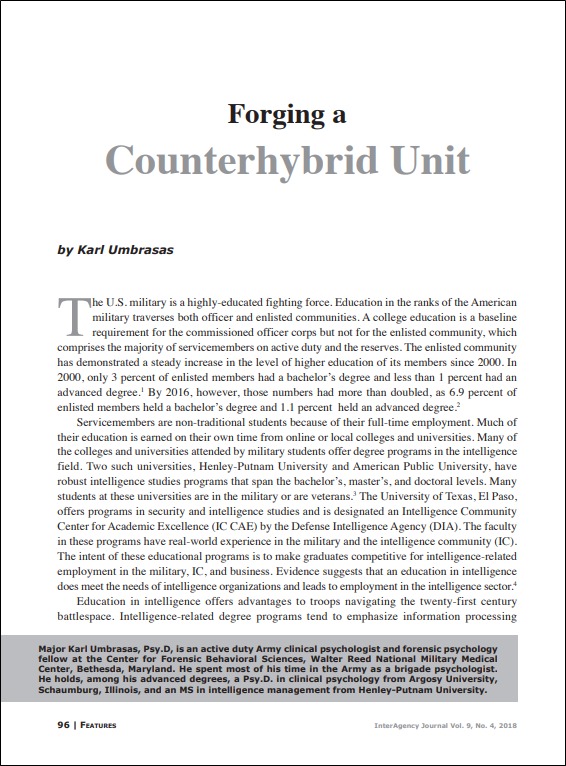 The U.S. military is a highly-educated fighting force. Education in the ranks of the American military traverses both officer and enlisted communities. A college education is a baseline requirement for the commissioned officer corps but not for the enlisted community, which comprises the majority of servicemembers on active duty and the reserves. The enlisted community has demonstrated a steady increase in the level of higher education of its members since 2000. In 2000, only 3 percent of enlisted members had a bachelor’s degree and less than 1 percent had an advanced degree. By 2016, however, those numbers had more than doubled, as 6.9 percent of enlisted members held a bachelor’s degree and 1.1 percent held an advanced degree.