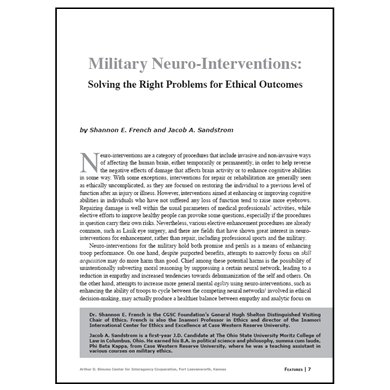 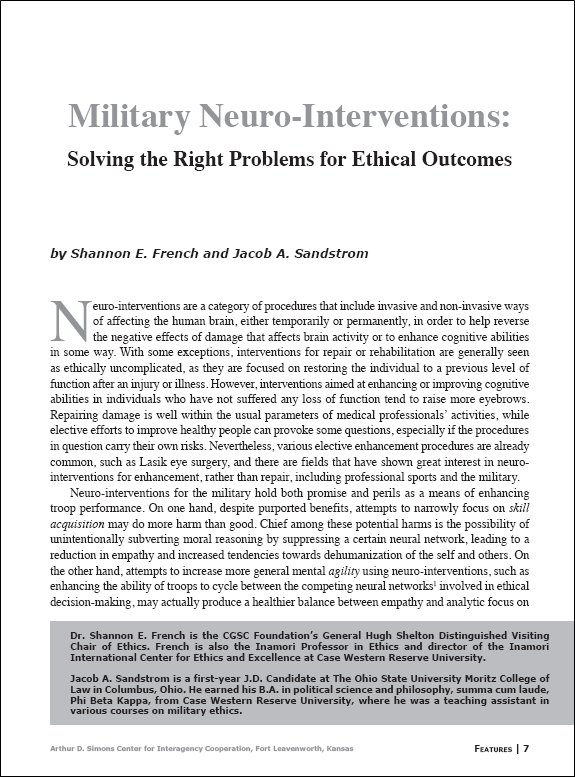 Neuro-interventions are a category of procedures that include invasive and non-invasive ways of affecting the human brain, either temporarily or permanently, in order to help reverse the negative effects of damage that affects brain activity or to enhance cognitive abilities in some way. With some exceptions, interventions for repair or rehabilitation are generally seen as ethically uncomplicated, as they are focused on restoring the individual to a previous level of function after an injury or illness. However, interventions aimed at enhancing or improving cognitive abilities in individuals who have not suffered any loss of function tend to raise more eyebrows. Repairing damage is well within the usual parameters of medical professionals’ activities, while elective efforts to improve healthy people can provoke some questions, especially if the procedures in question carry their own risks. Nevertheless, various elective enhancement procedures are already common, such as Lasik eye surgery, and there are fields that have shown great interest in neuro-interventions for enhancement, rather than repair, including professional sports and the military.

Neuro-interventions for the military hold both promise and perils as a means of enhancing troop performance. On one hand, despite purported benefits, attempts to narrowly focus on skill acquisition may do more harm than good. Chief among these potential harms is the possibility of unintentionally subverting moral reasoning by suppressing a certain neural network, leading to a reduction in empathy and increased tendencies towards dehumanization of the self and others. On the other hand, attempts to increase more general mental agility using neuro-interventions, such as enhancing the ability of troops to cycle between the competing neural networks involved in ethical decision-making, may actually produce a healthier balance between empathy and analytic focus…