Featured Article: The Pursuit of Justice 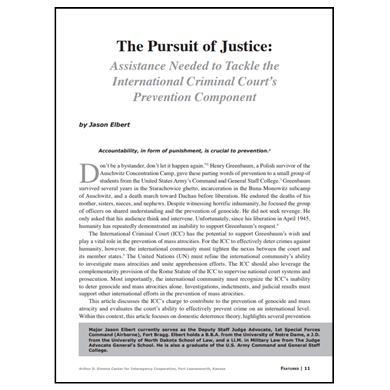 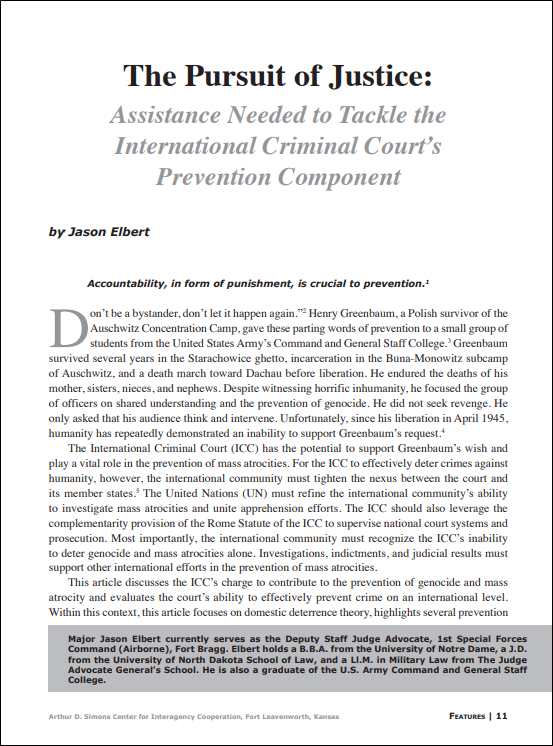 Don’t be a bystander, don’t let it happen again.” Henry Greenbaum, a Polish survivor of the Auschwitz Concentration Camp, gave these parting words of prevention to a small group of students from the United States Army’s Command and General Staff College. Greenbaum survived several years in the Starachowice ghetto, incarceration in the Buna-Monowitz subcamp of Auschwitz, and a death march toward Dachau before liberation. He endured the deaths of his mother, sisters, nieces, and nephews. Despite witnessing horrific inhumanity, he focused the group of officers on shared understanding and the prevention of genocide. He did not seek revenge. He only asked that his audience think and intervene. Unfortunately, since his liberation in April 1945, humanity has repeatedly demonstrated an inability to support Greenbaum’s request.