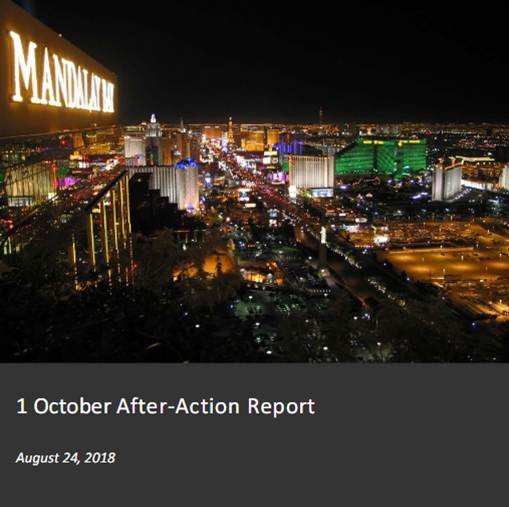 In August, the Federal Emergency Management Agency (FEMA) released a follow-up report to the mass shooting incident that occurred in Las Vegas on October 1, 2017. The attack on the Route 91 Harvest Festival left 58 concertgoers dead and more than 800 injured.

Included in the 61-page report’s findings are 72 lessons learned. One notable lesson learned was that the Clark County Fire Department was not aware that the Route 91 Harvest Festival was occurring, leaving the fire department at a disadvantage when it came time to respond. The report asserts that “Dispatchers and first responders should be made aware of large or high-profile events occurring in their jurisdiction to enhance their agency’s readiness posture for a potential incident.”

The report also found that there exists no policy to guide police dispatchers during a mass casualty incident, and that there was no mutual aid channel established that would have allowed firefighters and first responders to communicate with each other directly.

According to the report, cross-agency collaboration and cross-agency planning are essential to prepare for and respond to incidents of mass violence. 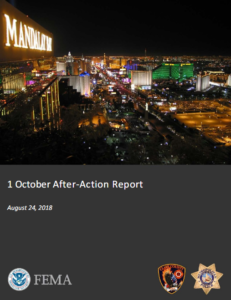