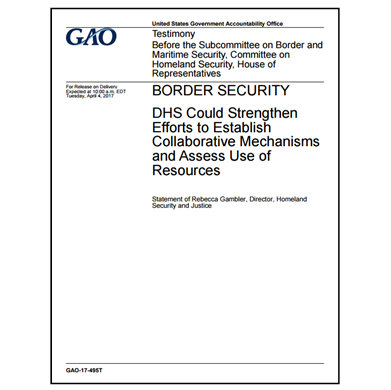 Recently, the U.S. Government Accountability Office (GAO) released a testimony on their assessment of the Department of Homeland Security’s (DHS) border security efforts along the U.S. southwest border.

GAO reports that DHS and the U.S. Customs and Border Protection have implemented many mechanisms along the U.S. southwest border, but recommends improvement in the coordination of unmanned aerial systems. The testimony also reviews previous recommendations regarding information sharing and establishing written interagency agreements. 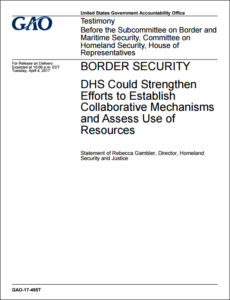 For more information on GAO-17-495T, please follow the link below.
GAO-17-495T, Border Security: DHS Could Strengthen Efforts to Establish Collaborative Mechanisms and Assess Use of Resources