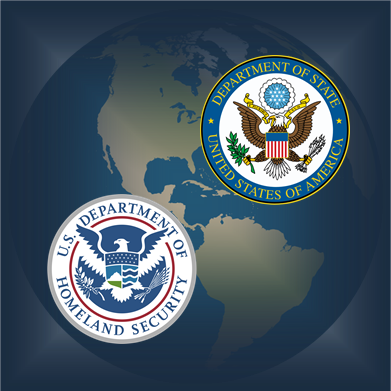 U.S. Citizenship and Immigration Services (USCIS) Director Leon Rodriguez addressed the House and Senate last week on the subject of the Syrian refugee crisis and its impact on the security of the U.S. Refugee Admissions Program (USRAP). Rodriguez’s written remarks were delivered to the House Committee on the Judiciary, Subcommittee on Immigration and Border Security and the Senate Committee on Homeland Security and Governmental Affairs.

In his testimony, Rodriguez affirms the relationship between the State Department’s Bureau of Population, Refugees, and Migration, the Department of Homeland Security (DHS), and law enforcement, saying that “It simply would not be possible for us to support a resettlement program of the size and scope that the United States maintains without this critical interagency infrastructure.”

Rodriguez testimony describes USCIS’s role in refugee resettlement, including the screening measures and safeguards that have been developed and enhanced over time. Rodriguez focused much of his testimony on security checks, which are an integral part of the USRAP process, noting the use of multiple biographic checks by State, DHS, and the National Counterterrorism Center, which are now referred to as “Interagency Checks”. The Interagency Checks were originally introduced in 2008 for Iraqi applicants, but are now required for all refugees within a designated age range. In addition to biographic checks, Syrian refugees are also subject to biometric checks and further research and assessments in cooperation with law enforcement and intelligence community members.

In his closing statement, Rodriguez said that “USCIS is prepared to work closely with the State Department and other interagency partners to support a larger refugee admissions program of 85,000 arrivals in [fiscal year] 2016, including at least 10,000 Syrian refugees, while assiduously maintaining the integrity of the program and our national security.”