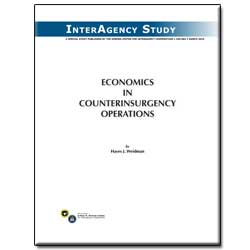 In October 2005, Multi-National Corps–Iraq distributed a handbook to its commanders entitled “Commander’s Guide to Money as a Weapons System.” Recognizing the potential of money to have a positive and “non-lethal” impact on the battlespace, the handbook began by stating that “effective application of all available resources is vital to the success of our mission.” But if money is a weapon system in armed conflict, does the United States truly know how to employ it effectively?

It is estimated that between the Department of Defense (DoD), the U.S. Agency for International Development (USAID), and the Department of State, nearly $60 billion has been expended in the reconstruction of Iraq, and over $100 billion has been spent in reconstruction efforts in Afghanistan. However, the Commission on Wartime Contracting estimates that approximately $30–60 billion of these funds have been lost due to fraud, waste, and abuse in Iraq and Afghanistan.

The dynamic challenges of employing economics in stability operations clearly hampered the effectiveness of U.S. efforts in Iraq and Afghanistan. However, a lack of an overall unified strategy for economic reconstruction greatly magnified and exacerbated the challenges posed by the operating environment. 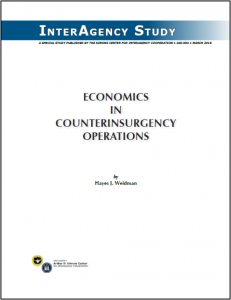