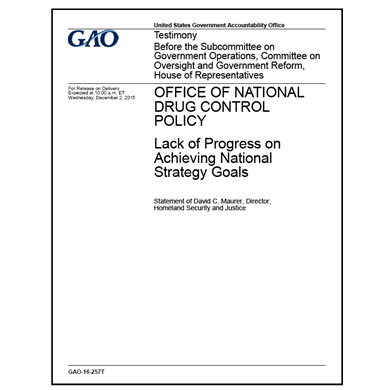 A December report from the Government Accountability Office (GAO) has shown that little progress has been made on the 2010 National Drug Control Strategy since GAO’s last review in 2013. The 2010 strategy laid out seven goals for reducing illicit drug use by 2015, however GAO reported in 2013 that the Office of National Drug Control Policy (ONDCP) and other agencies had not made progress toward achieving most of those goals, and according to GAO’s 2015 report, that progress is still lacking.

In their 2013 reviews, GAO reported that the Departments of Homeland Security and Justice were not holding entities accountable for coordination or unnecessary overlap. Now, GAO reports that DHS and Justice are working with an interagency committee to address these concerns, but have not yet fully addressed GAO’s recommendations.

The 2015 report also states that ONDCP has better coordinated their efforts in high intensity drug trafficking areas with those of law enforcement. 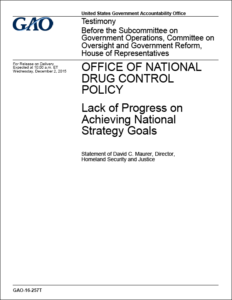