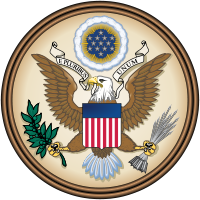 Sixty-six years since the Holocaust and 17 years after Rwanda, the United States still lacks a comprehensive policy framework and a corresponding interagency mechanism for preventing and responding to mass atrocities and genocide.  This has left the United States ill prepared to engage early, proactively, and decisively to prevent threats from evolving into large-scale civilian atrocities.

The Presidential Study Directive on Mass Atrocities (PSD-10) establishes an interagency Atrocities Prevention Board whose primary purpose shall be to coordinate a whole of government approach to preventing mass atrocities and genocide.  PSD-10 ensures that the United States’ national security apparatus recognizes and is responsive to early indicators of potential atrocities; that departments and agencies develop and implement comprehensive atrocity prevention and response strategies in a manner that allows “red flags” and dissent to be raised to decision makers; that the United States increase the capacity and develop doctrine for U.S. foreign service, armed services, development professionals, and other actors to engage in the full spectrum of smart prevention activities; and that the United States is optimally positioned to work with its allies in order to ensure that the burdens of atrocity prevention and response are appropriately shared.

The Atrocities Prevention Board’s interagency review will identify how the United States can better support and train its foreign services, armed services, and development professionals.  The interagency review will also consider the recommendations of the bipartisan Genocide Prevention Task Force, which is co-chaired by former Secretaries Madeleine K. Albright and William Cohen.