Research suggests use of DoD-developed technology along U.S. border 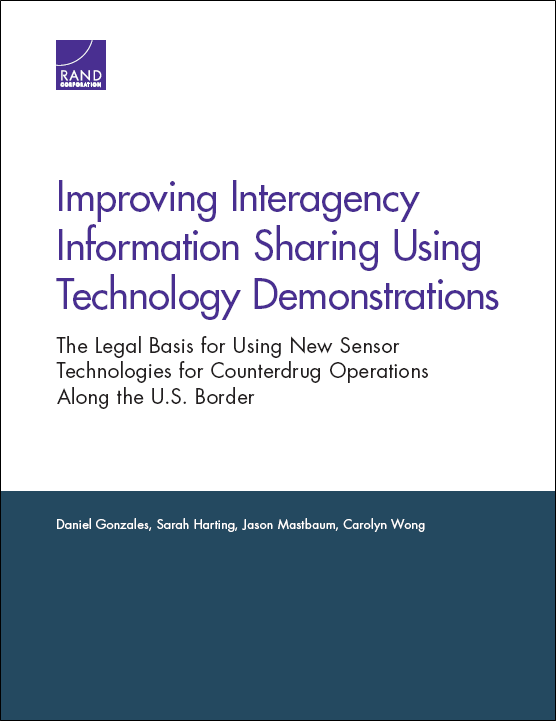 Earlier this year, the RAND Corporation completed research into whether or not the Department of Homeland Security (DHS) and the Drug Enforcement Administration (DEA) could use intelligence, surveillance, and reconnaissance technologies developed by the Depart of Defense (DoD) to help secure the U.S. southern border.

RAND’s report, which was published in May, focused on the legality of DHS and DEA using DoD-funded technology. The new sensor technologies were created to support military forces operating in Iraq and Afghanistan, and were tested along the U.S. southern border because the field conditions along the border closely resemble those in current military theaters of operation. The technology demonstrations would also reveal if the new technologies would be useful in domestic law enforcement led counterdrug operations along the U.S. border.

This report explores the legality of these technology demonstrations, and whether the DoD sensors can legally be used in domestic counterdrug operations when operated by U.S. military forces. The researchers examined federal law and DoD policy, and found that parts of U.S. law mandate information sharing among federal departments and agencies for national security purposes and direct the DoD to play a key role in domestic counterdrug operations in support of U.S. law enforcement agencies. However, other parts of the law place restrictions on when the U.S. military may participate in law enforcement operations.

After reviewing relevant federal law and DoD policy, the authors concluded that there is no legal reason why a DoD sensor should be excluded from use in an interagency technology demonstration or in an actual counterdrug operation as long as a valid request for support is made by an appropriate law enforcement official. The authors recommend DoD policy on domestic counterdrug operations be formally clarified and that an approval process should be established for technology demonstrations with a counterdrug nexus. 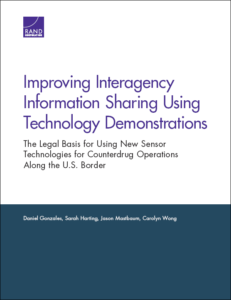