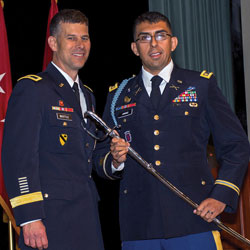 The U.S. Army School of Advanced Military Studies graduated 158 officers from two courses on May 23 at 9 a.m. in the Eisenhower Auditorium of the Lewis and Clark Center. The graduates included 11 international officers from 8 countries and five federal civilian employees representing four federal agencies. 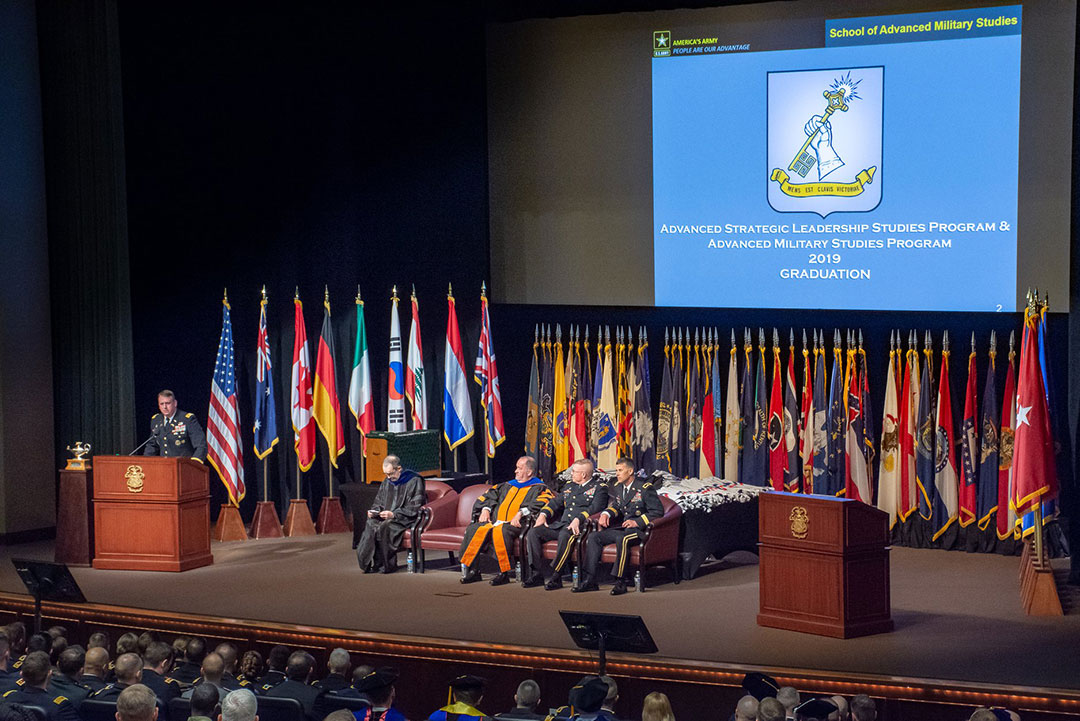 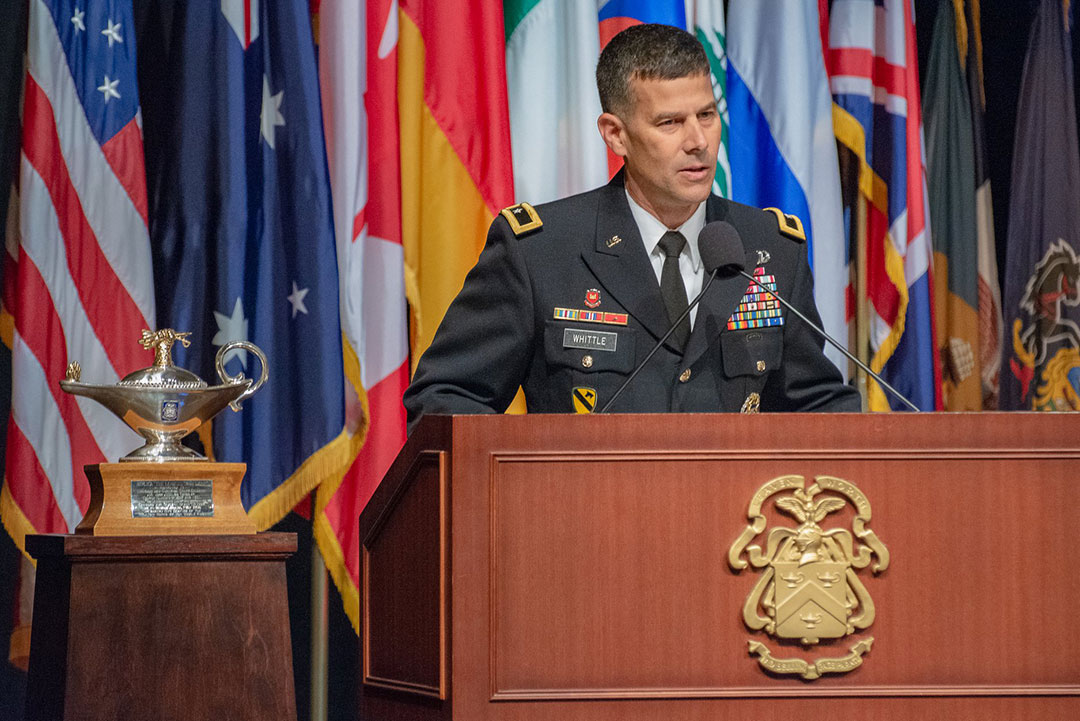 Brig. Gen. Robert F. Whittle, Jr., a graduate of the SAMS Class of 2003 and commandant of the U.S. Army Engineer School at Fort Leonard Wood, delivers remarks during the SAMS graduation ceremony May 23, 2019. 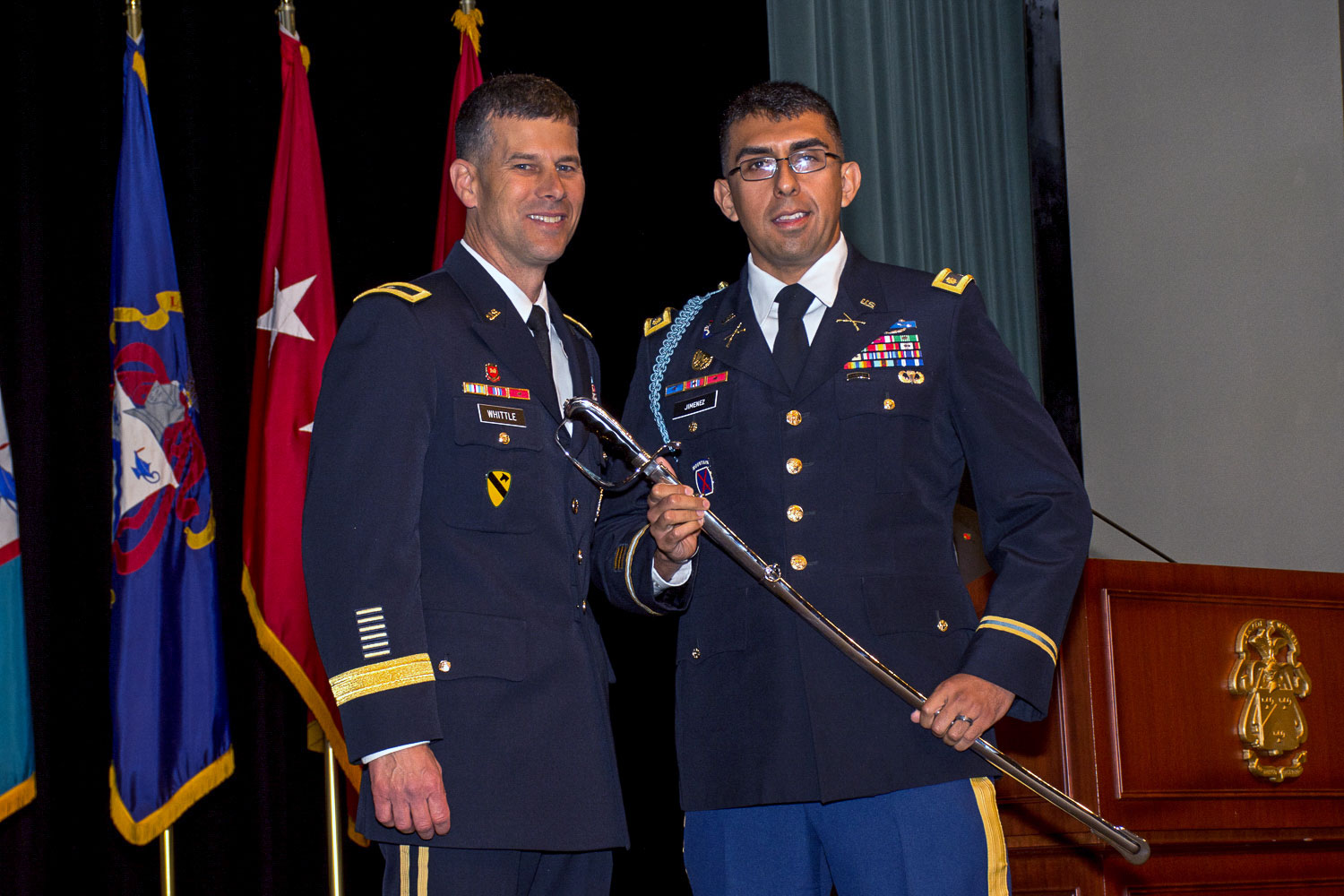 Most of the graduates completed the Advanced Military Studies Program. This 10-month course is a graduate level education program to develop innovative and adaptive leaders who excel at operational art and are willing to experiment and accept risk. Program graduates apply critical and creative thinking to solve complex problems, demonstrate mastery of joint and Army doctrine, and anticipate the future operational environment. They synthesize the elements of U.S. national power in joint, interagency, intergovernmental and multinational operations, and demonstrate effective communications.

Graduates of Advanced Military Studies Program receive the Master of Arts in Military Operations and graduates of Advanced Strategic Leader Studies Program receive the Master of Arts in Strategic Studies. The degrees are awarded by the Command and General Staff College based on students successfully completing the School of Advanced Military Studies curriculum, passing an oral comprehensive exam, and successfully completing an extensive monograph based on original research. Completed monographs are published electronically by the Ike Skelton Combined Arms Research Library. CGSC is accredited by the Higher Learning Commission.

Brigadier Gen. Robert F. Whittle, Jr., Commandant of the U.S. Army Engineer School at Fort Leonard Wood, Mo., was the graduation speaker. Whittle is a 2003 graduate of the School of Advanced Military Studies. He was commissioned as a Second Lieutenant in the Corps of Engineers from the United States Military Academy. He assumed his position as Commandant in September of 2017.

For more photos from the ceremony see the album on the CGSC Flickr site.