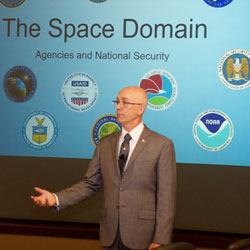 Mr. Thomas A. Gray, the U.S. Army Space and Missile Defense Command Liaison to the Combined Arms Center and Army University, spoke at the latest InterAgency Brown-Bag Lecture at U.S. Army Command and General Staff College on May 8. His presentation was entitled “The Domain of Space and National Security.” 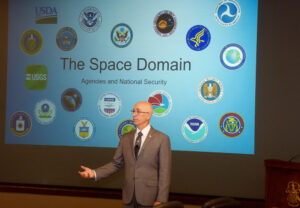 Mr. Thomas A. Gray speaks about the domain of Space and national security at the U.S. Army Command and General Staff College on May 8.

Mr. Gray’s presentation began with a simple question without a simple answer. – Which agency for the United States is in charge of space and the domain of space for our national security? No one U.S. agency is “in charge” of space, though most agencies are involved in space in one way or another. Gray went on to review the history and use of the space domain from the launch of the first satellite (Sputnik 1) in 1957 to the United States’ 2017 National Space Policy. 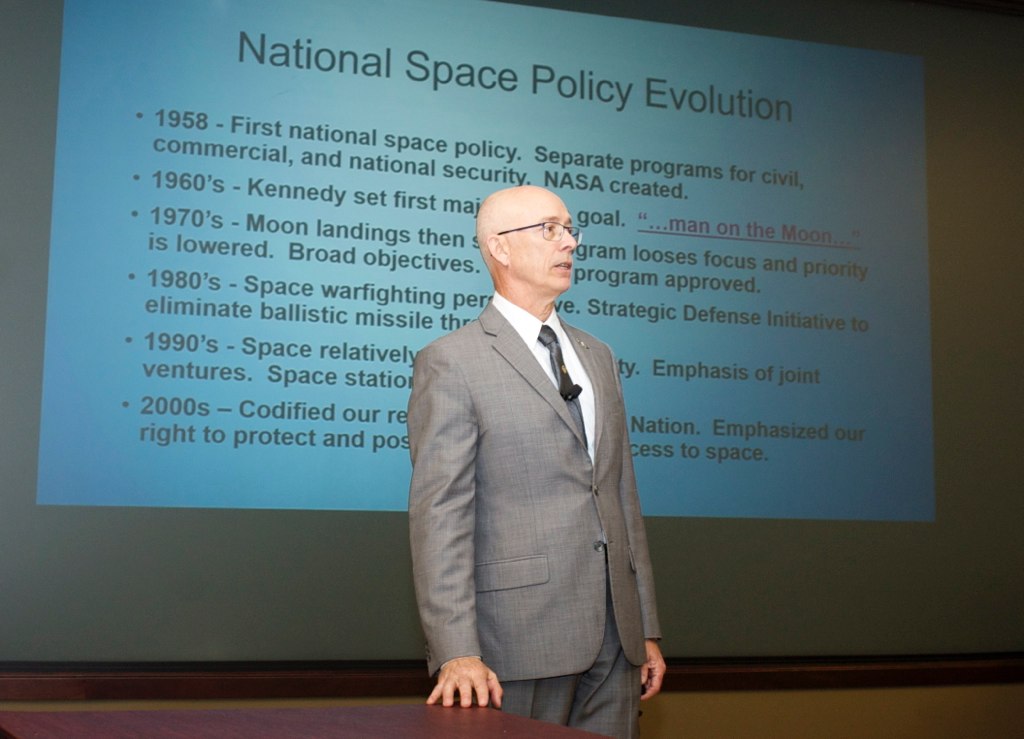 Mr. Thomas A. Gray reviews the evolution of U.S. space policy during the May 8 InterAgency Brown-Bag Lecture.

This was the ninth presentation in the series, which is co-hosted by the CGSC Foundation’s Simons Center with the U.S. Army Command and General Staff School (CGSS). The InterAgency Brown-Bag Lecture Series is an extracurricular, interagency topic-focused series that is intended to help enrich the CGSS curriculum. The CGSC Foundation and the Simons Center have received support for all brown-bag lectures in academic year 2018 from First Command Financial Services in Leavenworth, Kansas. The presentations are scheduled each month, and a schedule for future InterAgency Brown-Bag Lectures can be found here. The next lecture is June 6 and will feature a presentation on interagency leadership.

Mr. Thomas A. Gray speaks about the domain of Space and national security
at the U.S. Army Command and General Staff College on May 8.