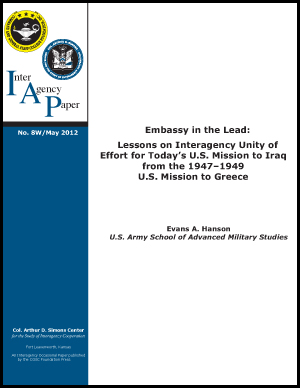 On December 15, 2011, the U.S. mission in Iraq became State Department-led, and all U.S. military activities became the responsibility of the U.S. Embassy’s Office of Security Cooperation–Iraq (OSC-I). There are few, if any, well-known examples of such a transition in U.S. history that might inform civilian and military leaders in Baghdad.