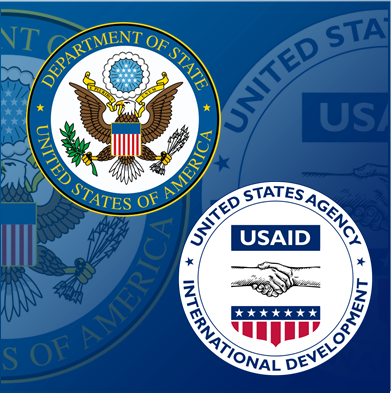 On Monday Foreign Policy published an exclusive on the Trump administration’s proposed foreign aid budget and prospective changes to the State Department and the U.S. Agency for International Development (USAID). The Trump plan would dramatically decreased aid funding to developing countries and fold USAID into the State Department.

Andrew Natsios, former USAID Administrator under President George W. Bush, asserted the changes “will be an unmitigated disaster for the longer term,” saying that such a move “will end the technical expertise of USAID.” Natsios was also quoted saying “What you’re basically doing is eviscerating the most important tool of American influence in the developing world… I don’t think they understand what the role of USAID is.”

Other aid experts expressed similar concerns. On the subject of cuts to global health funding, Tom Kenyon, CEO of Project Hope, said “I’ve seen firsthand how U.S. development money saves millions of lives. There’s just no question people would die from this.” Decreased funding for global health also puts U.S. citizens at risk, said John Norris, a former USAID employee and executive director for the Sustainable Security and Peacebuilding Initiative at the Center for American Progress. According to Norris, “We’re going to see our own country much more vulnerable to the spread of infectious diseases as we saw with the Ebola crisis. Things that start abroad can quickly erupt here.”

Multiple development programs are on the chopping block. Health and food security, women’s issues, cyber issues, and programs related to dealing with the effects of climate change are also facing radical cuts. Funds are also being diverted away from development aid to the economic support fund, which is tied to specific U.S. political or strategic objectives. Foreign Policy states “The cuts are also indicative of the wider push to tie development aid with U.S. national security interests.”

For more information on this topic, please follow the links below.
The End of Foreign Aid As We Know It, Foreign Policy
America First: A Budget Blueprint to Make America Great Again, White House