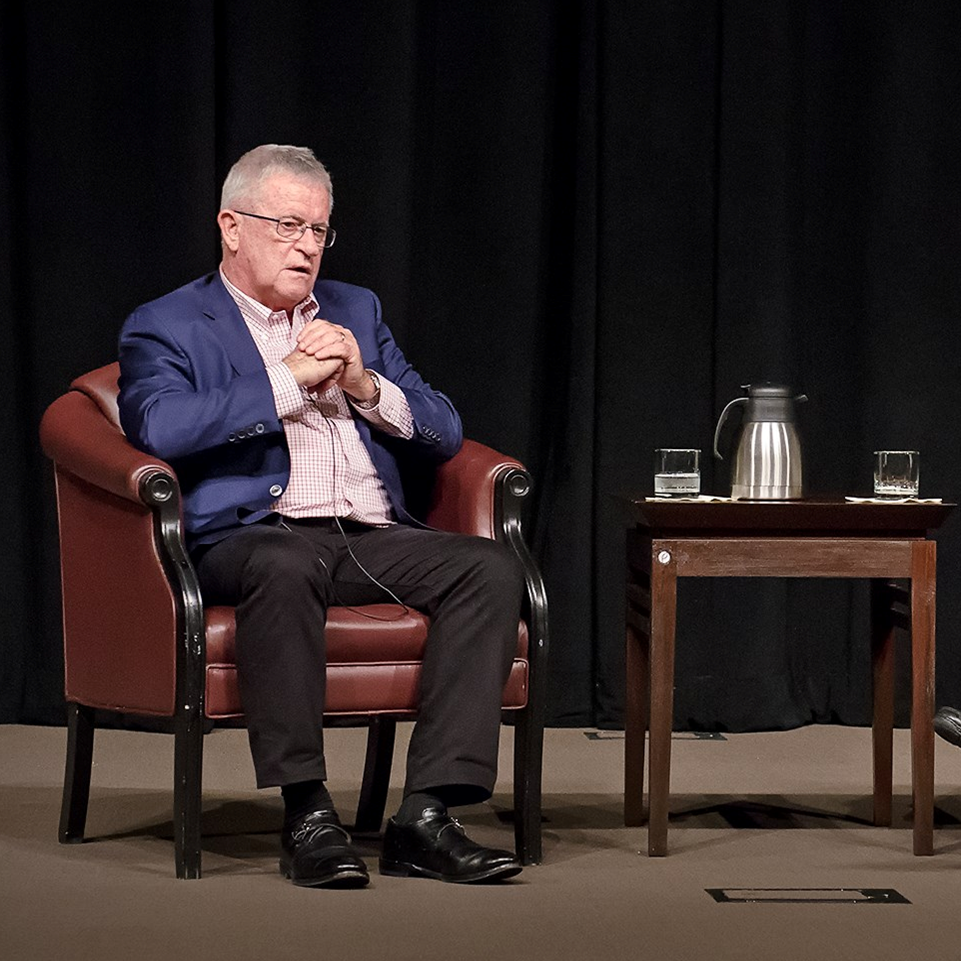 United Nations Assistant Secretary-General Kevin M. Kennedy met with faculty and students in a professional development session Oct. 19, in Eisenhower Auditorium of the Lewis and Clark Center to discuss a variety of topics ranging from the current situation in Syria to various U.N. humanitarian and peacekeeping missions both past and present.

More than 50 faculty and students of the U.S. Army Command and General Staff College attended the “fire-side chat,” which was hosted by Dr. Jack Kem, CGSC’s associate dean. Kennedy, who is an on expert in Syria and humanitarian crises, was in Kansas City this week serving as the keynote speaker for the Mayor’s United Nations Day Dinner. His visit to CGSC was facilitated by Simons Center Director Col. (Ret.) Roderick Cox.

Mr. Kennedy has a distinguished career of almost 50 years, which includes service with honor and distinction for both the United States and the world community. He has served with the U.N. since 1993, valued for his expertise in organizing the international community’s response to humanitarian emergencies worldwide at the strategic, political, policy and field levels. He most recently served as the U.N.’s regional humanitarian coordinator for the Syria crisis. Based in Amman, Jordan, Mr. Kennedy provided strategic and operational guidance to the world’s Syria relief effort and to that end worked closely with the governments of Jordan, Turkey, Iraq and Lebanon. Prior assignments include service as the U.N. humanitarian coordinator in Iraq, Sudan, East Timor and the Occupied Palestinian Territory, and as deputy humanitarian coordinator in Somalia and the Balkans.

Mr. Kennedy also served as head of the U.N. Department of Safety and Security and as deputy special representative for the U.N. Stabilization Mission on Haiti.  Thirteen of his 24 years’ service with the U.N. were with the Office for the Coordination of Humanitarian Affairs (OCHA), where he served in senior positions including director of the Coordination and Response Division, frequently deploying to the field.  Before joining the U.N., Mr. Kennedy served in the U.S. Marine Corps for 25 years as an infantry officer retiring at the rank of colonel. He served around the world to include duty in Vietnam, Lebanon, Somalia, Bangladesh and the Gulf War, where he commanded the 2nd Battalion, 5th Marines in the liberation of Kuwait. 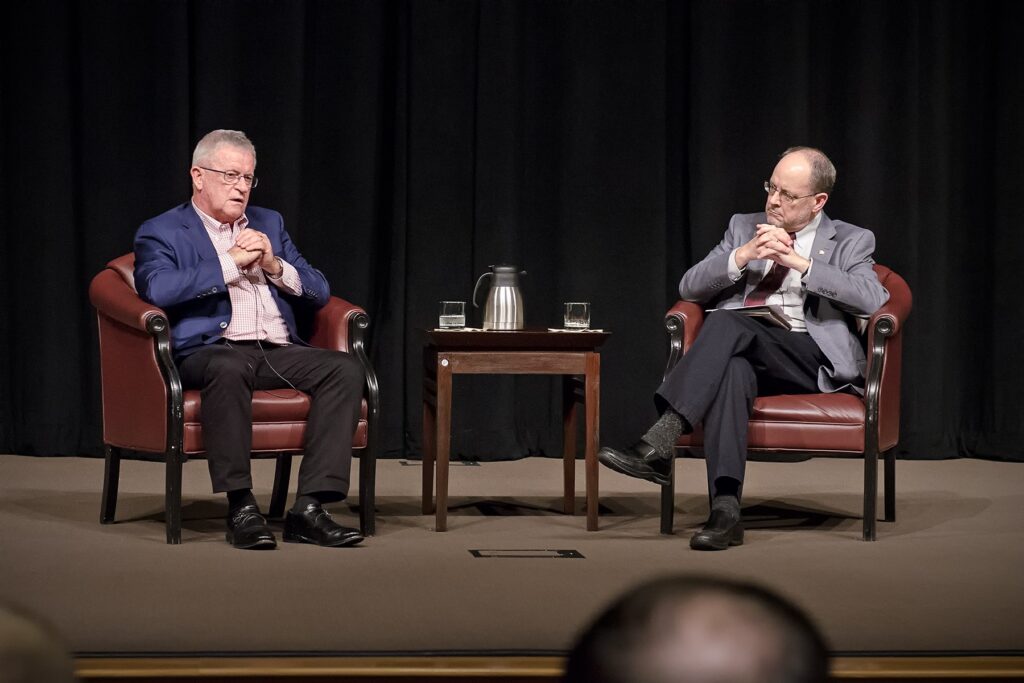