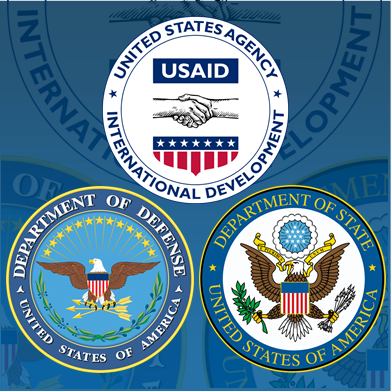 An interagency review of U.S. government stabilization efforts is expected as early as this month. The Stabilization Assistance Review (SAR) examines how the State Department, U.S. Agency for International Development (USAID), and Department of Defense (DoD) coordinate their diplomacy, aid, and military operations, primarily in Syria and Iraq.

A State Department official spoke of the SAR, saying “The SAR establishes a U.S. government-wide definition of stabilization as a political endeavor to create conditions where legitimate authorities and systems can manage conflict and prevent violence.”

According to a DoD spokesperson, “The SAR specifically outlines steps to establish a State Department-led interagency process for developing political strategies for all future stabilization engagement,” and will allow DoD, State, and USAID to take advantage of each other’s efforts to stabilize conflicted areas.

“Our success — USAID’s success — depends upon the success of the State Department in mobilizing international resources in their role, but also, of course, DoD helping us to have access and security. Without their success, we can’t possibly do what it is that we seek to do,” said USAID Administrator Mark Green.

Work on the SAR began in May 2017. State, USAID, and DoD – in consultation with the National Security Council – conducted research throughout 2017, finalizing the SAR in December. The SAR was distributed to congressional committees for review in April of this year and is expected to be publicly released shortly.

For more information about the SAR, please follow the link below.
USAID, State, and DOD to release first-ever Stabilization Assistance Review, DevEx