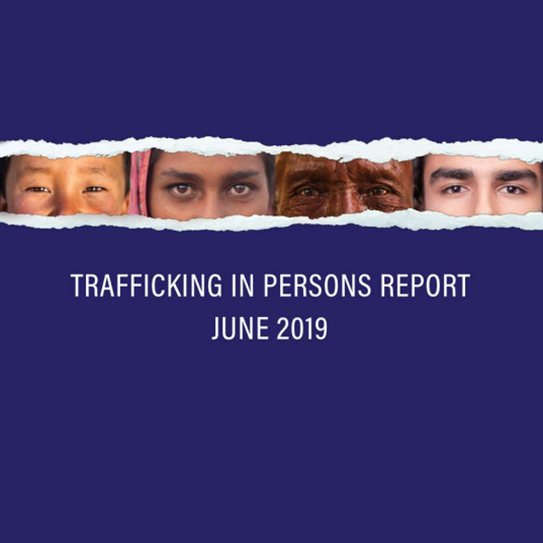 Last week, the Department of State released the 2019 Trafficking in Persons (TIP) Report. The TIP Report provides a comprehensive assessment of global efforts to combat human trafficking, and the report acts as a guide for continued efforts in the U.S. and around the world.

In his message introducing the TIP Report, Secretary of State Michael R. Pompeo stated that nearly 25 million people – approximately three times the population of New York City – are being trafficked throughout the world today. Pompeo went on to call for “our shared commitment to extinguish human trafficking wherever it exists,” saying “There is no time to waste.” He also recognized the survivors of human trafficking and the 2019 TIP Report Heroes.

According to U.S. Ambassador-at-Large to Monitor and Combat Trafficking in Persons John Cotton Richmond, 77 percent of trafficking victims are trafficked within their countries of residence. Richmond’s remarks focused on the Trafficking Victims Protection Act and the United Nations’ Palermo Protocol, which, unlike some other directives, do not include language implying or stating that a victim must be trafficked across international borders to be considered a trafficking victim.

Richmond states that the 2019 TIP Report “serves as a call to action for governments around the world to embrace the full meaning of the Palermo Protocol and implement their domestic laws in a manner that protects all victims and punishes all traffickers.”