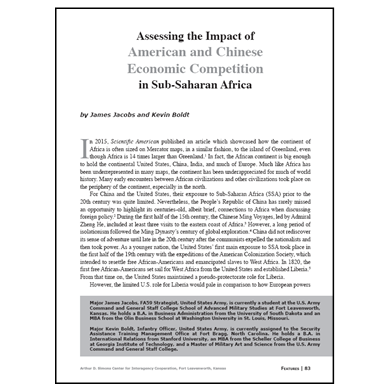 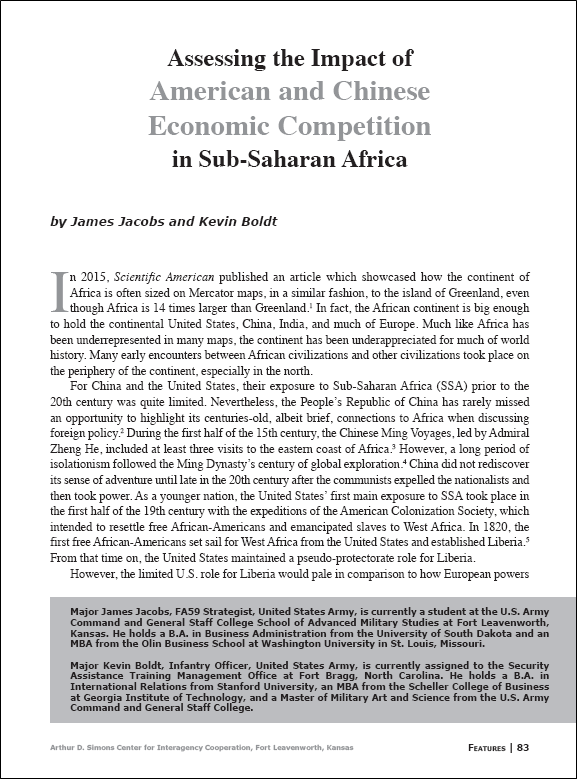 In 2015, Scientific American published an article which showcased how the continent of Africa is often sized on Mercator maps, in a similar fashion, to the island of Greenland, even though Africa is 14 times larger than Greenland. In fact, the African continent is big enough to hold the continental United States, China, India, and much of Europe. Much like Africa has been underrepresented in many maps, the continent has been underappreciated for much of world history. Many early encounters between African civilizations and other civilizations took place on the periphery of the continent, especially in the north.

For China and the United States, their exposure to Sub-Saharan Africa (SSA) prior to the 20th century was quite limited. Nevertheless, the People’s Republic of China has rarely missed an opportunity to highlight its centuries-old, albeit brief, connections to Africa when discussing foreign policy. During the first half of the 15th century, the Chinese Ming Voyages, led by Admiral Zheng He, included at least three visits to the eastern coast of Africa. However, a long period of isolationism followed the Ming Dynasty’s century of global exploration. China did not rediscover its sense of adventure until late in the 20th century after the communists expelled the nationalists and then took power. As a younger nation, the United States’ first main exposure to SSA took place in the first half of the 19th century with the expeditions of the American Colonization Society, which intended to resettle free African-Americans and emancipated slaves to West Africa. In 1820, the first free African-Americans set sail for West Africa from the United States and established Liberia. From that time on, the United States maintained a pseudo-protectorate role for Liberia.

However, the limited U.S. role for Liberia would pale in comparison to how European powers divided and conquered Africa during the decades of colonialism…