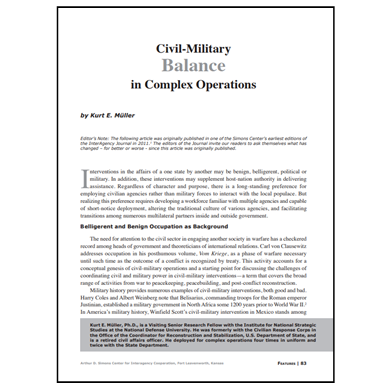 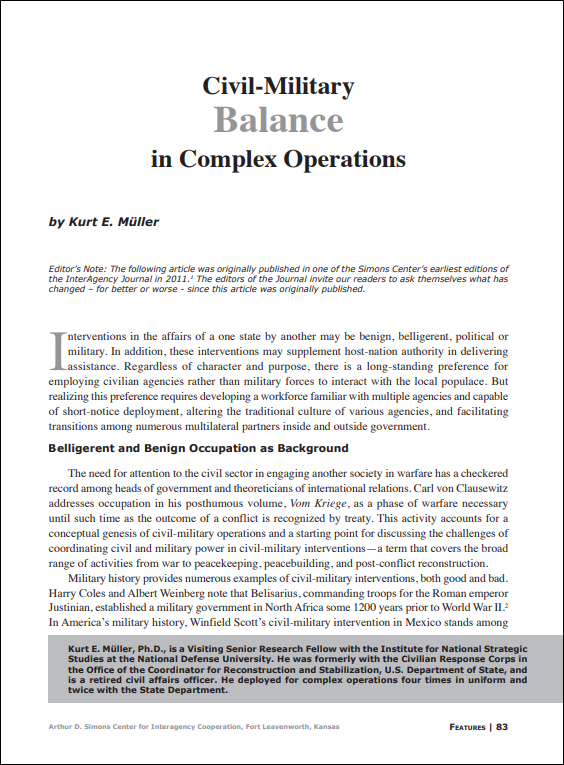 Interventions in the affairs of a one state by another may be benign, belligerent, political or military. In addition, these interventions may supplement host-nation authority in delivering assistance. Regardless of character and purpose, there is a long-standing preference for employing civilian agencies rather than military forces to interact with the local populace. But realizing this preference requires developing a workforce familiar with multiple agencies and capable of short-notice deployment, altering the traditional culture of various agencies, and facilitating transitions among numerous multilateral partners inside and outside government.

The need for attention to the civil sector in engaging another society in warfare has a checkered record among heads of government and theoreticians of international relations. Carl von Clausewitz addresses occupation in his posthumous volume, Vom Kriege, as a phase of warfare necessary until such time as the outcome of a conflict is recognized by treaty. This activity accounts for a conceptual genesis of civil-military operations and a starting point for discussing the challenges of coordinating civil and military power in civil-military interventions—a term that covers the broad range of activities from war to peacekeeping, peacebuilding, and post-conflict reconstruction.