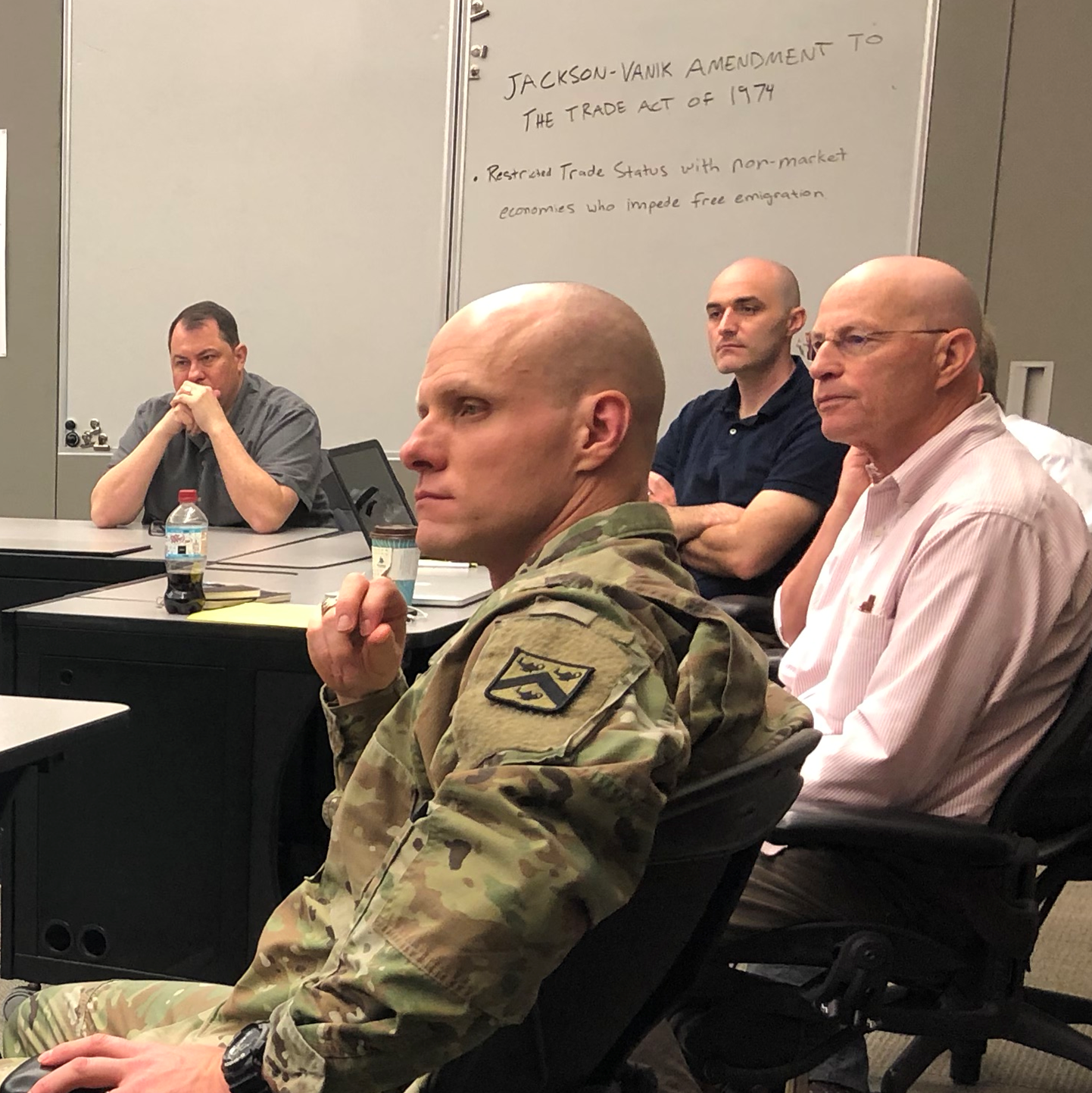 Retired Career Minister Gregory Gottlieb, U.S. Agency for International Development (USAID), recently visited Fort Leavenworth as part of the Simons Center’s Distinguished Speakers Series. Gottlieb is the Director of the Feinstein International Center of Tufts University, and also holds the endowed position as the Irwin H. Rosenberg Professor in Nutrition and Human Security in the Friedman School of Nutrition Science and Policy at Tufts University. While with USAID, Gottlieb served as the Acting Assistant Administrator for the Bureau for Democracy, Conflict, and Humanitarian Assistance. 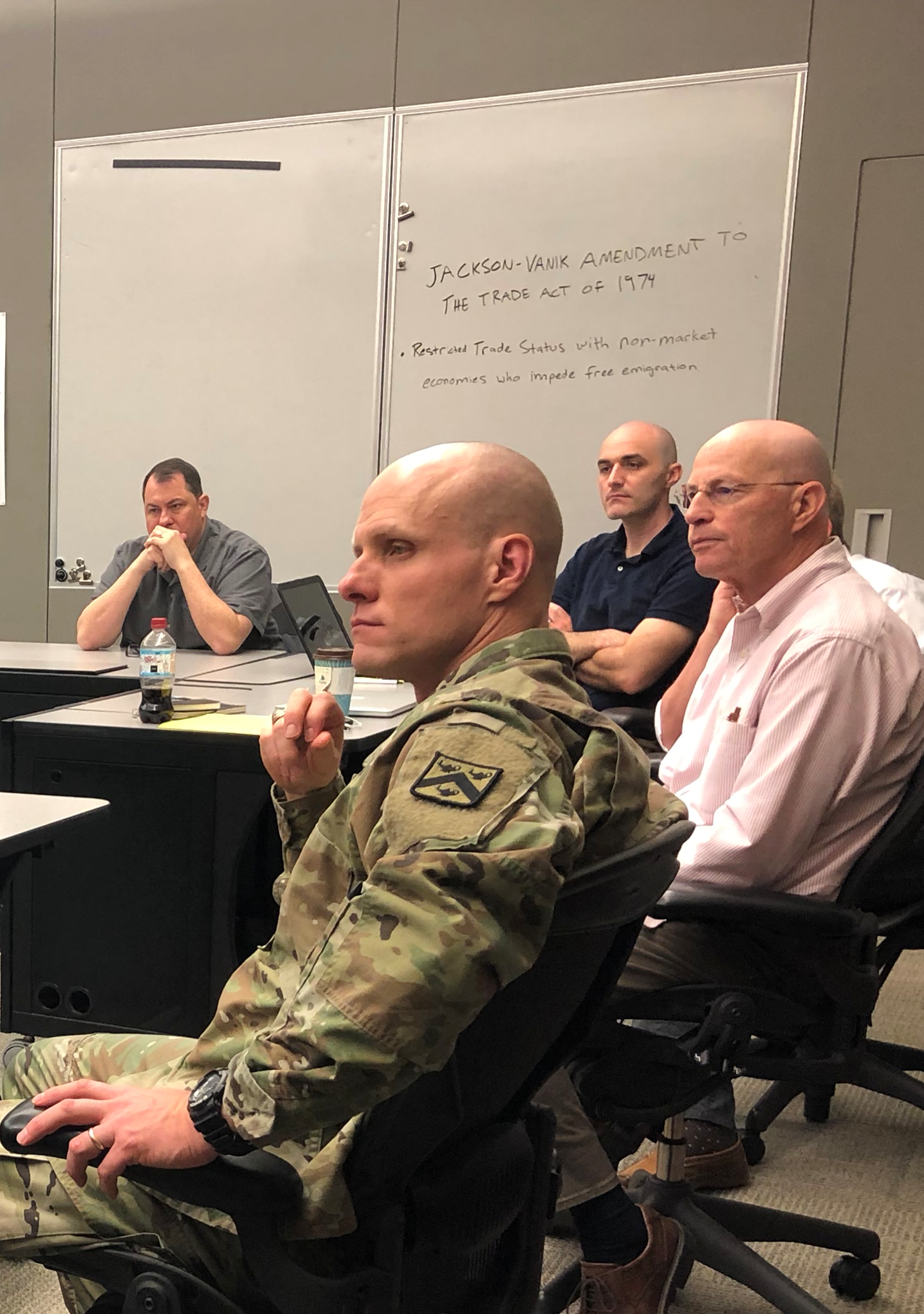 During his time on Fort Leavenworth, Gottlieb met with the Board of Trustees of the International Relations Council of Kansas City, where they spoke about development and aid issues around the world, U.S. aid policy, USAID, and Gottlieb’s past experiences in the field.

From 11-13 April, Gottlieb visited with leadership and faculty at the U.S. Army Command and General Staff College where they discussed USAID’s continued commitment to sending faculty and students to the College and how CGSC Foundation-sponsored events (like the Distinguished Speakers Series) positively impact and foster interagency education and cooperation.

Gottlieb also joined faculty and students in several elective courses on the topics of U.S. Central Command South, statecraft and diplomacy, development and fragile states, and the interagency and national security. There, Gottlieb shared his expertise and experience on development issues and participated in class discussions. 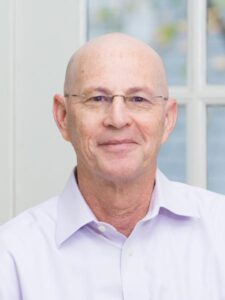 Gregory Gottlieb assumed the role of Director of the Feinstein International Center on August 15, 2017. Throughout his distinguished career, Gottlieb has worked to improve food security, humanitarian, and transition programs.

Additionally, Gottlieb taught at the National War College, was a legal protection officer for UNHCR, and was Chief of Party for the Famine Early Warning Systems Network.