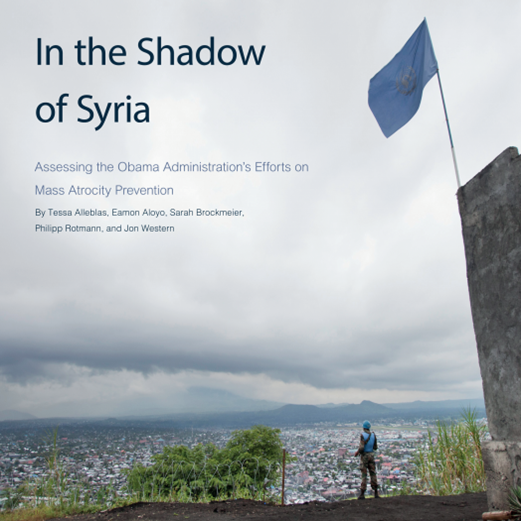 In April the Hague Institute for Global Justice released a report assessing the Obama administration’s efforts in mass atrocity and genocide prevention. The report identifies lessons for the Trump administration as well as other governments and non-state actors who share the goal of preventing and stopping mass atrocities.

President Obama declared mass atrocity prevention “a core national security interest” of the U.S. in 2011, and established the interagency Atrocity Prevention Board (APB) in 2012. He reaffirmed that position in 2016 with an executive order that continued the APB, laid out support from the executive branch, and updated the terms of the APB’s mission.

The report also includes recommendations to congress and civil society. 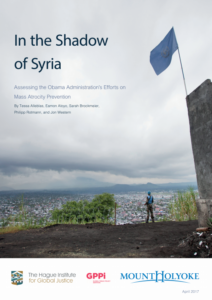 For more information about this report, please follow the link below.
In the Shadow of Syria: Assessing the Obama Administration’s Efforts on Mass Atrocity Prevention, The Hague Institute for Global Justice