IAE 10-02 WE are the Interagency: Exercising a Comprehensive Approach to Crisis Action and Conflict Termination and Stabilization 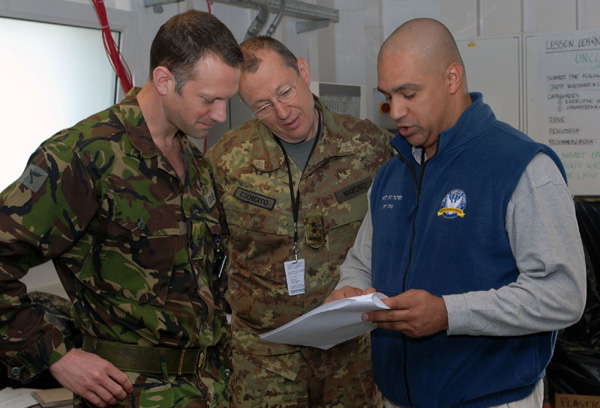 For years, the federal government has grappled with the question of how best to consolidate its response to a major crisis—that is, to share relevant information to create unity of purpose while preserving the operational effectiveness of each agency or component. This is difficult for any large organization, but particularly so across the spectrum of federal agencies, where the organizational culture and ways of communicating vary widely. The difficulties multiply in an international setting, given the need for cooperation with foreign governments and international organizations. In the case of stability operations overseas, the situation is exponentially more complex, as it may require coordinating efforts in an environment beset by civil conflict, the breakdown of central authority, and rivalries among neighboring countries.

While federal officials clearly grasp the importance of interagency coordination and collaboration, they find it difficult to put theory into practice. It is for this reason that multi-agency exercises are crucial; they provide a yardstick to measure performance and help ensure the response to a future crisis is prompt, seamless, and effective. The United States European Command’s (EUCOM) annual, theater- level exercise AUSTERE CHALLENGE 2009 provided a complex multinational scenario to evaluate the interagency response to an overseas conflict and subsequent efforts to stabilize the affected area. The exercise’s design went beyond previous Joint Staff directed exercises, combining participants from eight federal agencies and incorporating ambitious training objectives. The overarching goal was to synchronize military and civilian agency operations early in the concept phase of the response to the crisis. In the course of the exercise, the participants embraced the idea that military units can act as enablers for U.S. government, multilateral organizations, nongovernmental agencies, and host nation organizations to help execute civilian tasks and pave the way for a return to stability.

This article outlines the approach participants took during AUSTERE CHALLENGE 2009 to execute a coordinated U.S. government response to an international crisis and describes the best practices developed during the exercise. It also offers recommendations relevant for future deployment of interagency teams, whether for joint exercises or an actual crisis. This exercise reinforced the importance of interagency coordination as soon as possible when a crisis begins to unfold, so the expertise of each agency is brought to bear early in the planning process. The synergies derived from exercises such as AUSTERE CHALLENGE 2009 help us leverage our collective strengths and ultimately enhance our ability to respond effectively to future crises, wherever they may be. 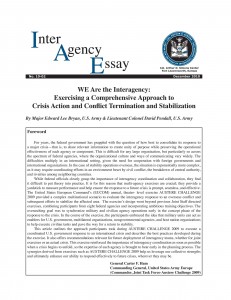