IAE 15-01W A New Strategic Framework: Development as an Instrument of American Power 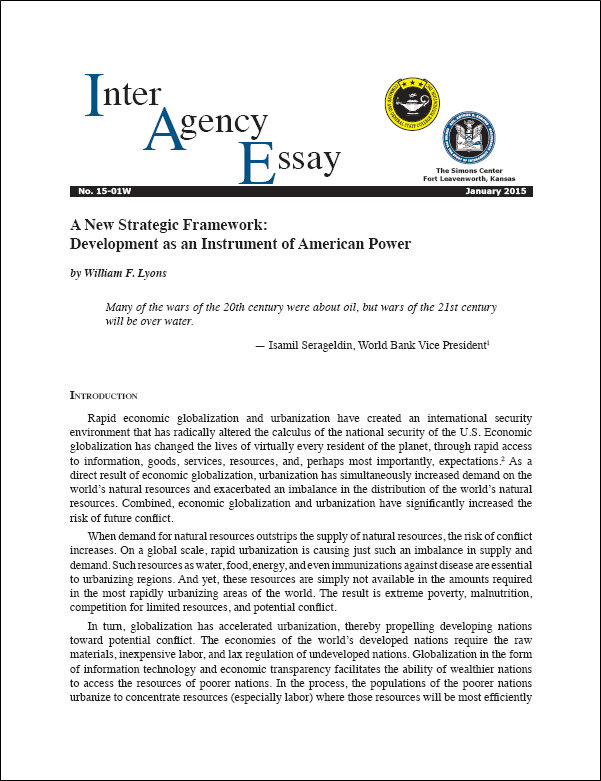 If conflict over limited resources is more likely in an era of rapid globalization and urbanization, what are the implications for U.S. national security policy? If history is an accurate guide, the implications are clear. The U.S. will need to develop a comprehensive strategy to address numerous small-scale international conflicts. Whether the U.S. elects to participate directly or indirectly in them, these regional conflicts will affect U.S. interests, and thus will require a response. 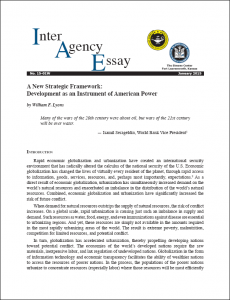