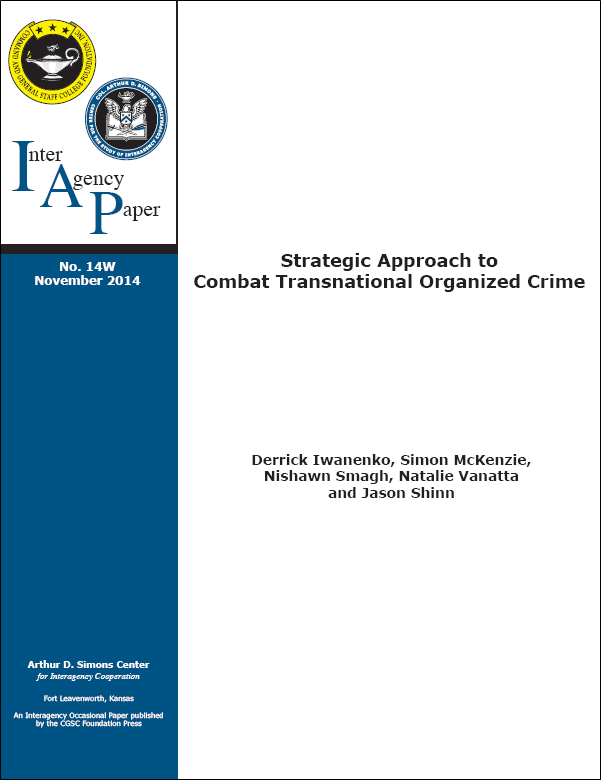 Conservative estimates state that transnational organized crime (TOC) generates at least $6 trillion dollars in illicit funds annually. These funds disrupt free markets by detracting from the global gross domestic product, finance criminal activities that undermine both democracy and global stability, and victimize unstable governments via bribery, violence, and terror. Organized crime consists of sophisticated groups and networks that aim to obtain power, influence, and monetary and/or commercial gains by operating illegal, international enterprises that are capable of moving people, drugs, money, and weapons across borders. These transnational criminal networks are growing and diversifying their illicit operations resulting in the dangerous convergence of threats that has evolved to become more complex, volatile, and destabilizing.

In July 2011, President Obama designated TOC as a national security threat. Despite this emphasis, the U.S. government still lacks a comprehensive, whole-of-government approach to combat the influences, activities, and threats posed by TOC toward U.S. national security in the homeland and strategic regions around the world. The President’s “National Strategy to Combat Transnational Organized Crime” identifies this threat as a multifaceted and complex network that presents a serious threat to the lives of U.S. citizens and the American way of life.

This paper looks at the disjointed efforts, a lack of understanding, and limited motivation to participate that characterize the current state of affairs on combating TOC, and examines approaches to better address this issue. The authors discuss whole-of-government and partner-nation efforts to combat TOC. 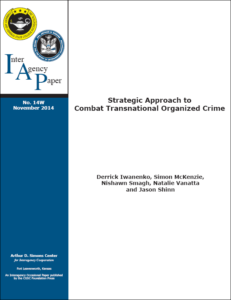