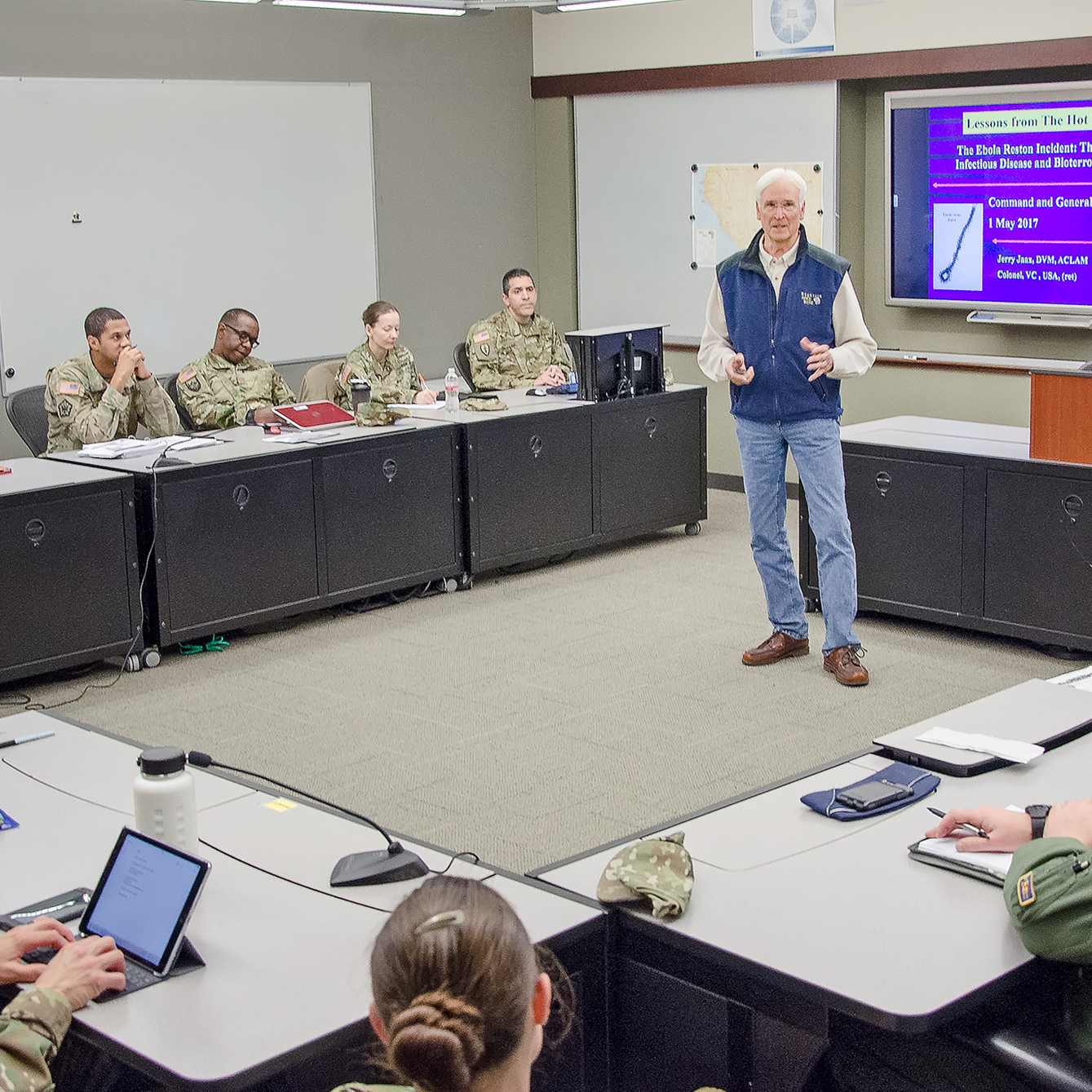 Jaax is a world renowned expert in the field of pandemic infectious disease control, serving 26 years with the U.S. Army Veterinary Corps. His assignments include serving as chief of the veterinary medicine division at the U.S. Army Medical Research Institute of Infectious Diseases at Fort Detrick, Maryland, and as director of the Biological Arms Control Treaty Office, also at Fort Detrick.

Jaax met with students from the West African Scholars program at the U.S. Army Command and General Staff College, where he discussed his role in the 1989, Reston, Virginia Ebola outbreak. The outbreak was detailed in Richard Preston’s best-selling book, “The Hot Zone,” which later inspired the film “Outbreak.”