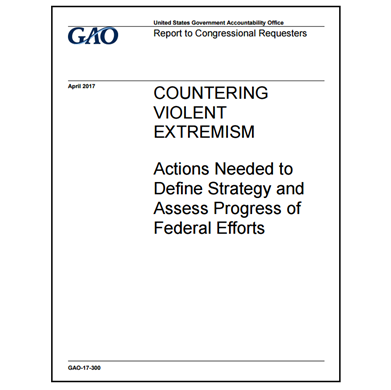 The U.S. government developed a national strategy and strategic implementation plan (SIP) for CVE in 2011, and an interagency CVE task force led by DHS and DOJ was created in 2016. GAO’s report addresses the extent to which DHS, DOJ, and other key stakeholders tasked with CVE in the U.S. have implemented the 2011 SIP. The report also looks at how, if at all, the federal government has developed a strategy to implement CVE activities.

The 2011 SIP laid out 44 tasks aimed at community outreach, research and training, and capacity building in CVE. GAO found that the DHS, DOJ, FBI, and NCTC had implemented 19 of the 44 tasks as of December 2016. Of the remaining tasks, 23 were in progress and 2 had not been acted upon. GAO also found that the federal government does not have a cohesive strategy or process for assessing the overall CVE effort.

GAO recommends that DHS and DOJ direct the CVE task force to develop a cohesive strategy with measurable outcomes and establish a process to assess the overall progress of CVE efforts. The agencies concurred with GAO’s recommendations. 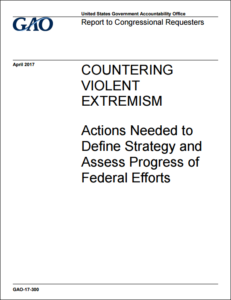