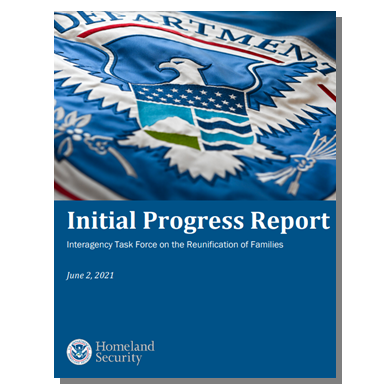 On June 2, the Interagency Task Force on the Reunification of Families released their initial progress report. 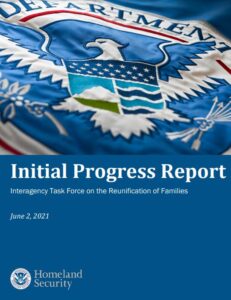 The task force was established in February through Executive Order 14011 with the mission to to reunite children separated from their families at the United States-Mexico border. E.O. 14011 also directs the Task Force to provide recommendations on providing additional services and support for the reunified families, including behavioral health services with a focus on trauma-informed care.

According to the report, within their first 120 days the task force identified 3,913 separated children and is reviewing an additional 1,723 separations. These separations occurred between July 1, 2017 and January 20, 2021. Of the 3,913 children identified, 1,786 have already been reunified with their parent – most prior to the creation of the Task Force – leaving 2,127 children who have not yet been
reunified. The task force recognizes that many challenges remain, including the absence of family separation records maintained by the prior Administration.

To learn more about this report please follow the link below.
Initial Progress Report, Interagency Task Force on the Reunification of Families, Department of Homeland Security