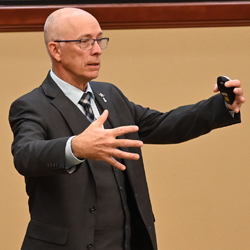 Thomas A. Gray discussed the topic of the domain of space and interagency operations at the latest InterAgency Brown-Bag Lecture on Nov. 19, in Marshall Auditorium in the Lewis and Clark Center on Fort Leavenworth. Gray’s presentation was the second in the series for the 2021 academic year. 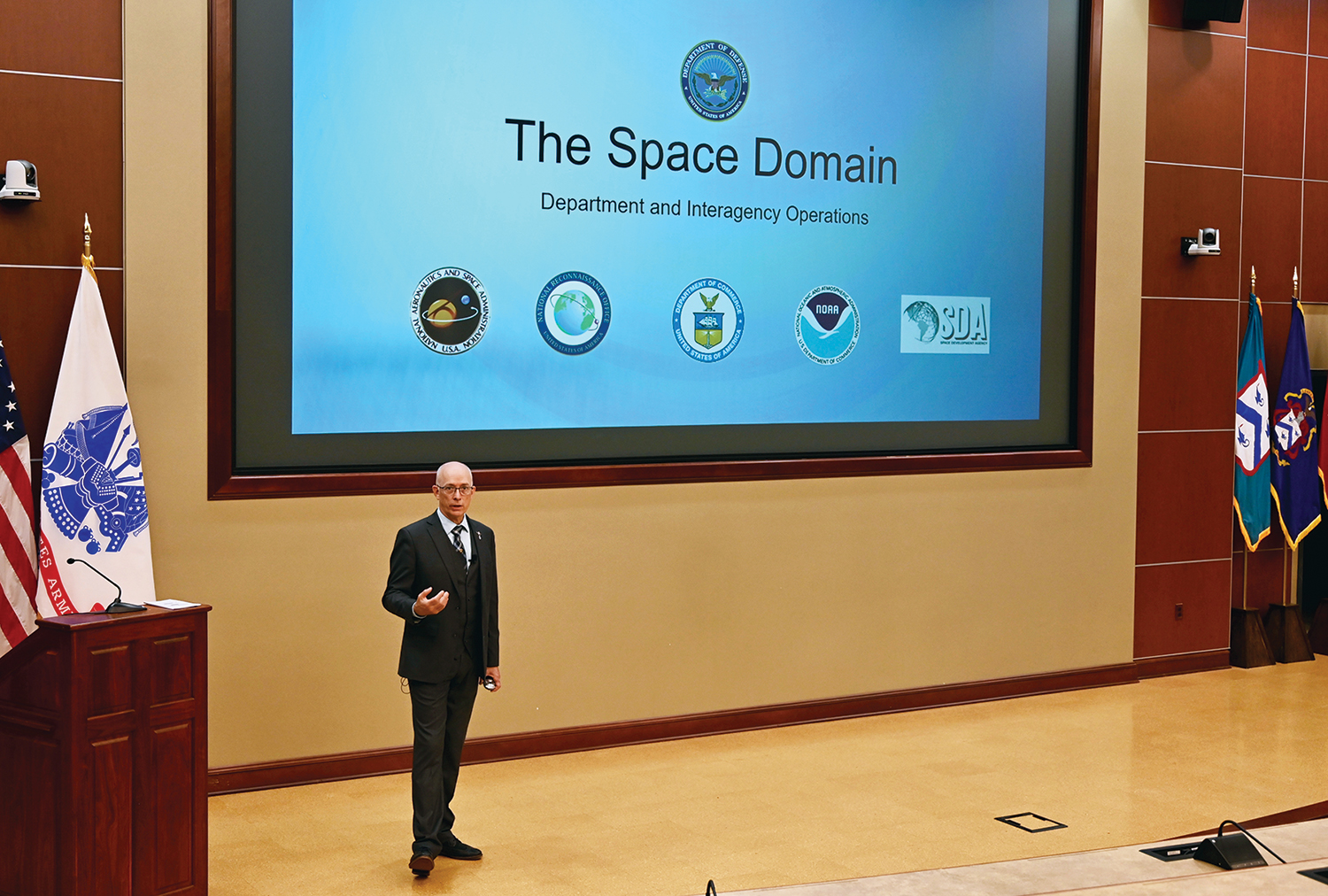 Thomas A. Gray, the U.S. Army Space and Missile Defense Command Liaison to the Combined Arms Center and Army University, leads the discussion in the second lecture of the InterAgency Brown-Bag Lecture Series for CGSC academic year 2021.

Gray reminded the audience that human kind’s presence in the domain of space is very recent, only happening within the last 70+ years. He also discussed the changing relationships between the various space agencies and the public. “Up until 1992, I couldn’t even say ‘NRO,'” said Gray. “Now, they have a giftshop!” After taking questions from the audience, Gray closed by wishing everyone “Live long, and prosper,” encouraging them to “do wonderful things.”

As the SMDC liaison, Gray is responsible for the integration of space knowledge and education across various U.S. Army Training and Doctrine Command (TRADOC), Joint, and other service schools, to include the U.S. Army Command and General Staff College. A retired U.S. Army officer, Gray was one of the first officers selected and designated as a space operations officer. He served in Army Space Command, the Space and Missile Defense Lab, and the U.S. Army Space and Missile Defense Command (SMDC) Directorate of Combat Development. He is qualified as a Level 3 Space Professional of the U.S. Army Civilian Space Cadre, holds the space operations officer designation 3Y, and has earned the U.S. Army Master Space Badge. Gray holds a bachelor’s from New Hampshire College and earned a master’s from Central Michigan University.

The InterAgency Brown-Bag Lecture Series is co-hosted by the CGSC Foundation’s Simons Center with the U.S. Army Command and General Staff School (CGSS). The series is an extracurricular, interagency topic-focused series that is intended to help enrich the CGSS curriculum. The presentations are scheduled each month.