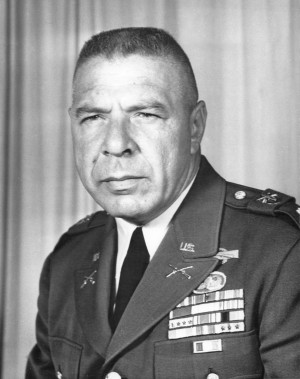 Arthur David Simons was commissioned a Second Lieutenant in Field Artillery in 1941 upon graduation from the University of Missouri ROTC program with a degree in journalism. His first assignment was with the 98th Field Artillery Battalion as a platoon leader and later, battery commander, and was deployed to New Guinea in the early stages of World War II. In 1943, Captain Simons was assigned to the newly forming 6th Ranger Battalion where he served as a company commander and battalion executive officer.

During his duty with the 6th Ranger Battalion, Simons participated in several hazardous landings in the Pacific, including leading a demining team in the Leyte Channel before the Philippine invasion. He earned a Silver Star for his actions in the famous Cabanatuan Raid that rescued approximately 500 prisoners of war, most of whom were survivors of the Bataan Death March. At the conclusion of the war, Major Simons left the active Army.

In 1951 Simons was recalled to active duty to serve as a Ranger instructor at Fort Benning, Georgia. Simons subsequently served tours with the Military Assistance Advisory Group, Turkey; the XVIII Airborne Corps; and the 77th Special Forces Group, before becoming the Deputy Commander/Chief of Staff of the U.S. Army Special Warfare Center in 1960. From 1961-62, Lieutenant Colonel Simons commanded the Operation White Star Mobile Training Team in Laos, and from 1962-64, he served as the first commander of the 8th Special Forces Group in Panama. After Panama, he was assigned to the Military Assistance Command, Vietnam Studies and Observations Group, which conducted numerous clandestine missions in Southeast Asia.

In 1970, Colonel Simons was hand-picked by the Chairman of the Joint Chiefs to be the ground commander of Operation Ivory Coast, a joint special operations effort to rescue American Prisoners of war from the Son Tay prison in North Vietnam. While the mission rescued no prisoners (due to an intelligence failure), it did force North Vietnam to consolidate all the prisoners into a few central compounds in Hanoi and improve their treatment. President Richard Nixon presented Simons with the Distinguished Service Cross for his outstanding leadership of this mission.

Colonel Simons retired from the Army on July 31, 1971. In late 1978, H. Ross Perot requested Simons’ assistance to help free two of his employees who were arrested and imprisoned in Iran. Simons organized a rescue mission and ultimately freed the two men, fleeing across the mountains into Turkey, returning to the United States in February 1979. Three months later, while on vacation in Vail, Colorado, Colonel Simons died of heart complications at the age of 60.

Colonel Simons’ efforts to free Mr. Perot’s employees were never forgotten.  The 1978 rescue operation was detailed by Ken Follett in his book On Wings of Eagles, and dramatized in a five-hour TV mini series starring Burt Lancaster in 1986. In 2009 when offered the opportunity to have a newly established center for the study of interagency cooperation named in his honor, Mr. Perot chose instead to honor the memory of Col. Simons.  The Arthur D. Simons Center for the Study of Interagency Cooperation opened its doors on April 21, 2010, and quickly established itself as a premier organization for interagency research and publications.

To learn more about the Simons Center and its publications, please follow the links below:

Read the Latest Updates from the Simons Center 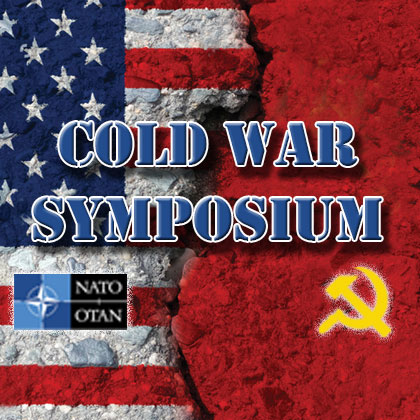