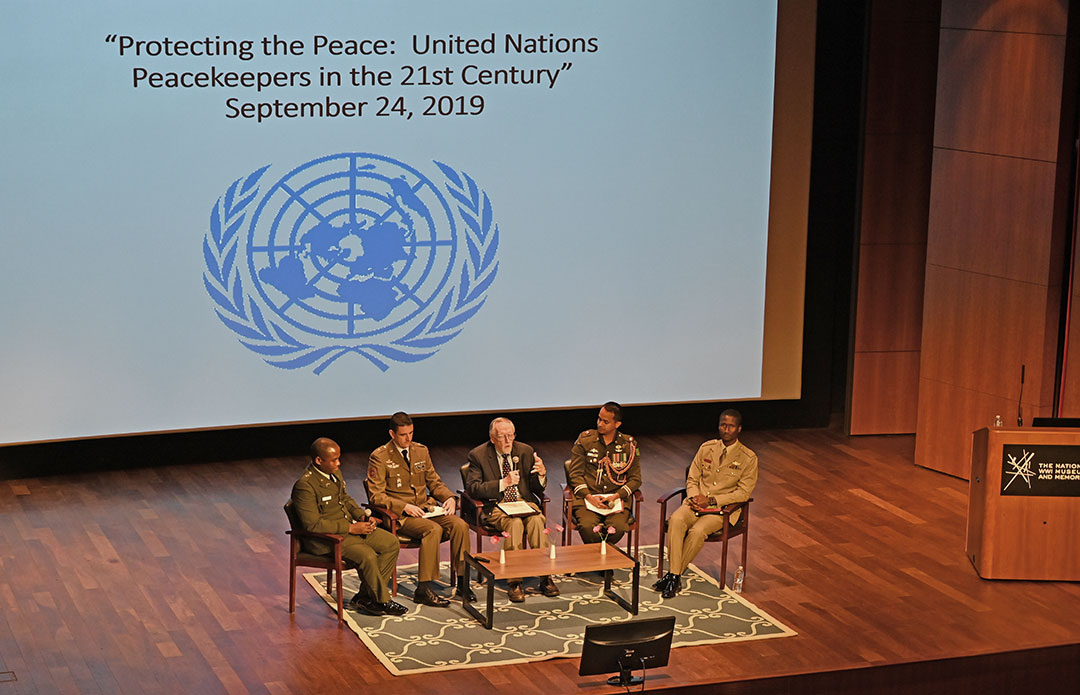 The program took place at the National WWI Museum and Memorial in collaboration with the IMS of CGSC, United Nations Association of the USA of Greater Kansas City (UNA-GKC) and the Harry S. Truman Library/Museum on Sept. 24, 2019. The IMS discussion was moderated by Mike Wood, UNA-GKC, and the panel was followed by a wreath-laying led by Dr. Samuel Rushay of the Harry S. Truman Library/Museum.

The CGSC Foundation was a sponsor of this event along with several other organizations who all set up information tables in the reception area.