CGSC Foundation President/CEO Rod Cox, along with Col. Scott Green, director of CGSC’s Department of Army Tactics, led the Kansas City Chiefs Ambassadors on a tour of historic Fort Leavenworth and the Lewis and Clark Center, home of CGSC, on April 18. 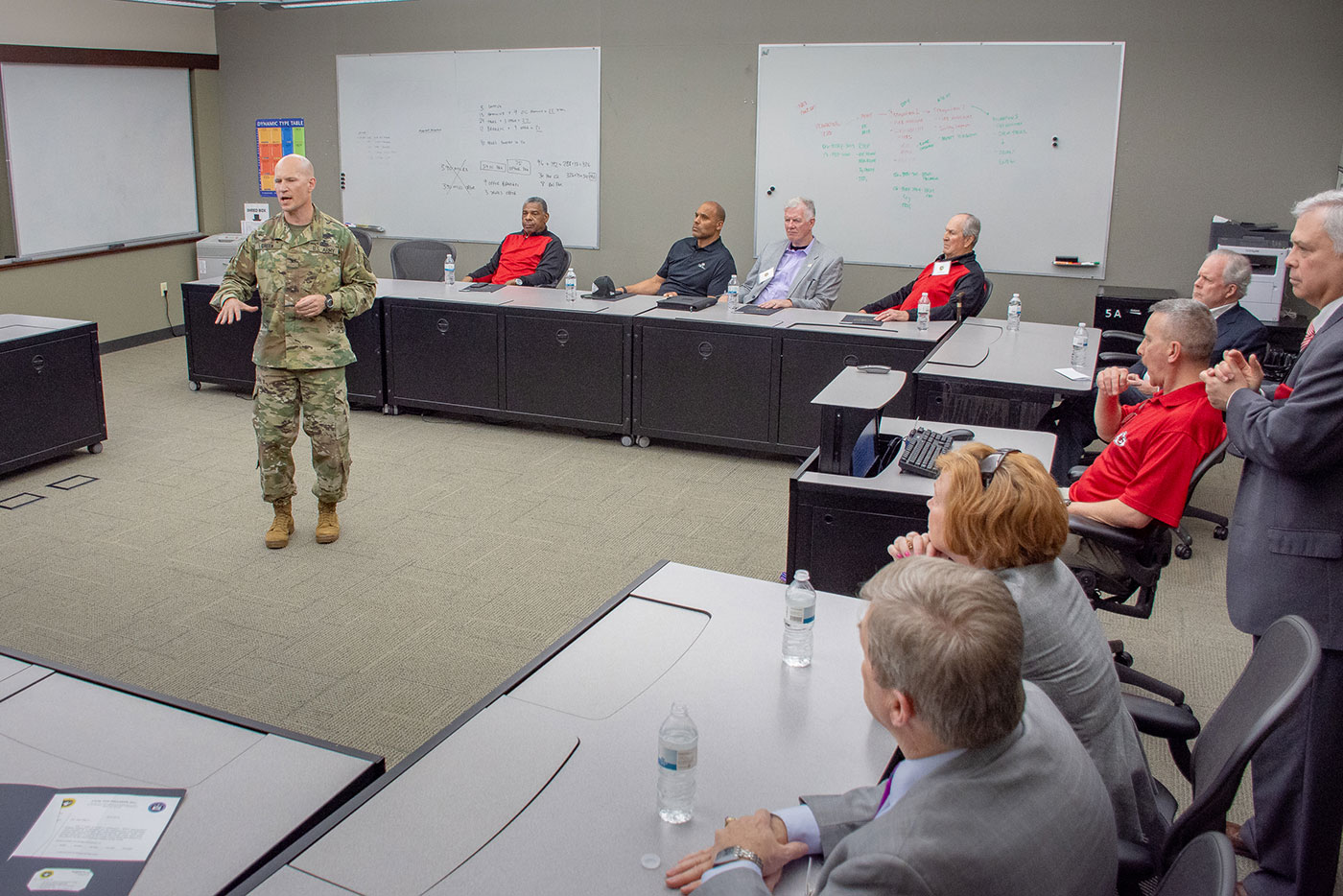 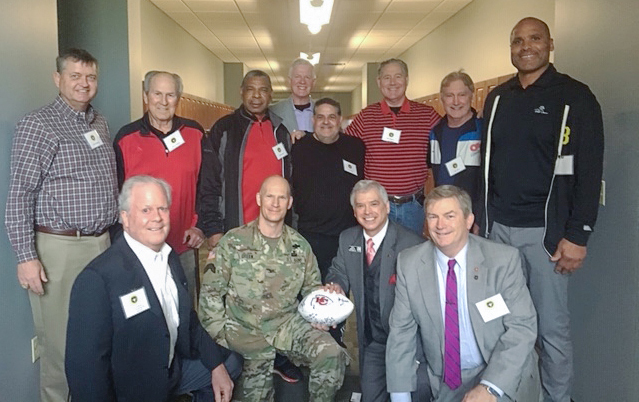 The group visited the Buffalo Soldier Monument, the Berlin Wall sections, historic homes on the post and the National Cemetery. At the Lewis and Clark Center the group toured the building learning about the Fort Leavenworth Hall of Fame, Eisenhower Auditorium, the MacArthur Room and the many displays of the art and gifts presented to the College by past CGSC classes, international officers and other visitors over the years.

After the facility tour, the group got a first-hand look at the state-of-the art classrooms when they visited CGSC elective classes and observed students planning an exercise. The students and faculty were thrilled to meet the group of former professional athletes who signed autographs and posed for many photo selfies. Cox, along with Col. Green, then briefed the group on the Army’s professional military education system including the Command and General Staff College, the CGSC curriculum, and how the CGSC Foundation supports the College, the students and faculty, and their families.

Chiefs Ambassadors that participated in the visit include: John Lohmeyer, Kelly Goodburn, Jerry Cornelison, Art Still, Ted McKnight, and Dave Lindstrom. Also in the group were Marty Raskin and Alan Mayer, two former professional soccer players, who are friends with several of the ambassadors.

Foundation Chair Mike Hockley, 1st Vice Chair John Robinson and Director of Development Joan Cabell also attended the briefings to lend their expertise about the Foundation’s operations in support of the College.

For more information about the Chiefs Ambassadors visit www.chiefs.com/community/ambassadors

For more photos from the visit see the album on the CGSC Flickr site.