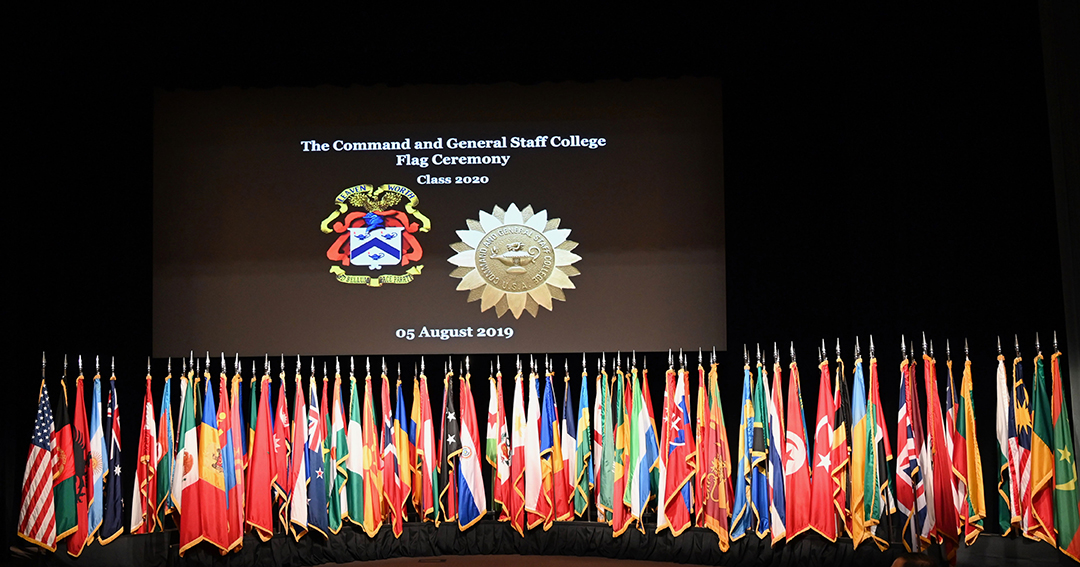 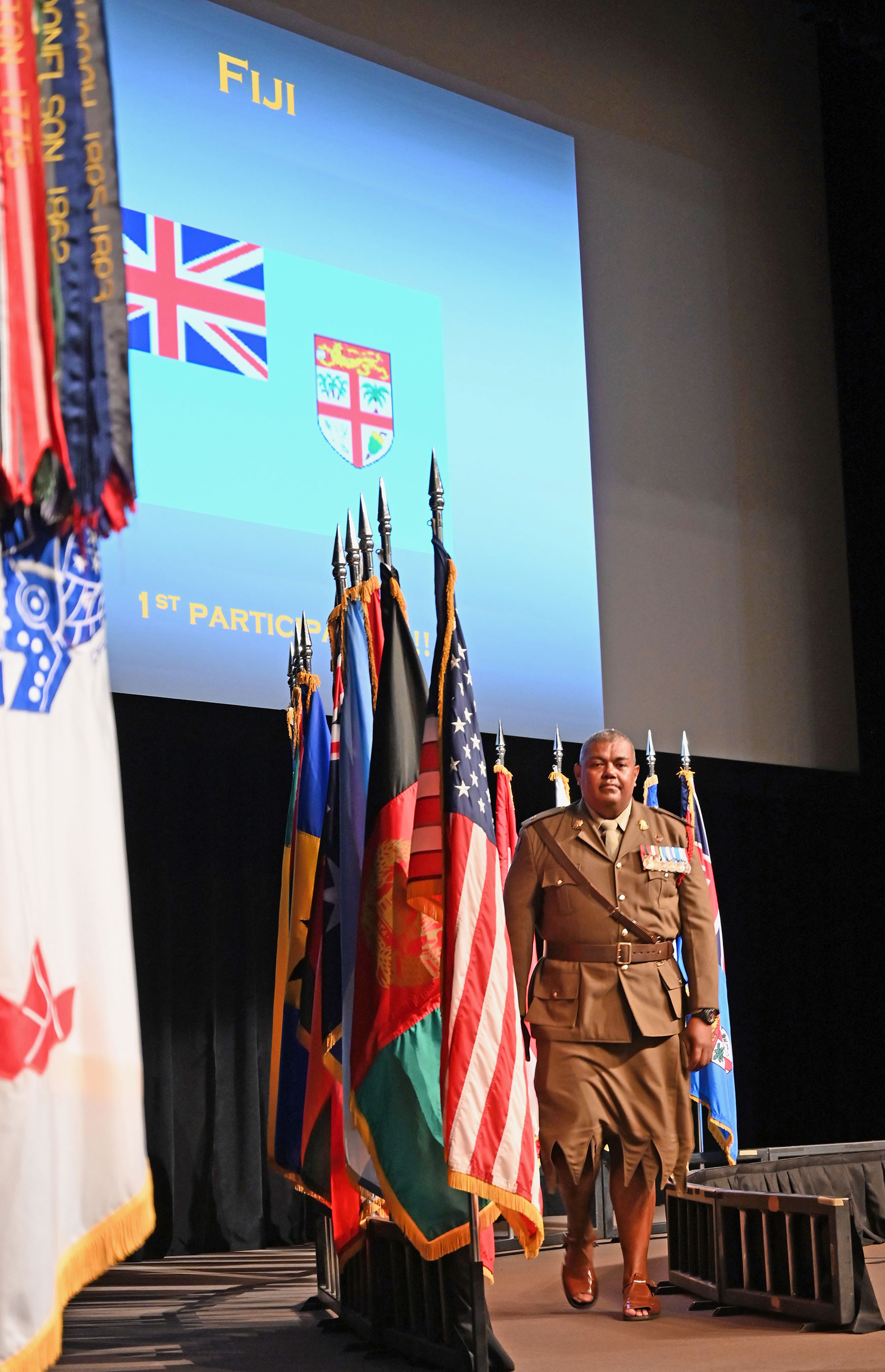 The first-ever international military student from Fiji marches off stage after posting his nation’s colors during the CGSC Class of 2020 Flag Ceremony on Aug. 5, 2019.

This year’s group of 114 international military students (some countries have multiple participants) includes the first officer from Fiji to attend the course. The Republic of Fiji is an archipelago in the South Pacific consisting of more than 300 islands. Its major islands, Viti Levu and Vanua Levu, contain most of the population of more than 900,000, and Suva, the capital city, is on Viti Levu. The U.S. has had diplomatic relations with Fiji since 1971. Additionally, Fiji is a regular participant in U.S. Indo-Pacific Command sponsored workshops on topics including humanitarian assistance/disaster relief, maritime security, peacekeeping, and international humanitarian law.

The international military students of the Class of 2020 join nearly 1,000 United States Army, Marine Corps, Navy, Air Force and Coast Guard officers for the 10-month class that graduates in June 2020. In addition, 21 senior civilian employees from Army commands and other U.S. government agencies will attend the class.

For more photos from the ceremony see the album on the CGSC Foundation Flickr site.

Watch the video of the complete ceremony below.