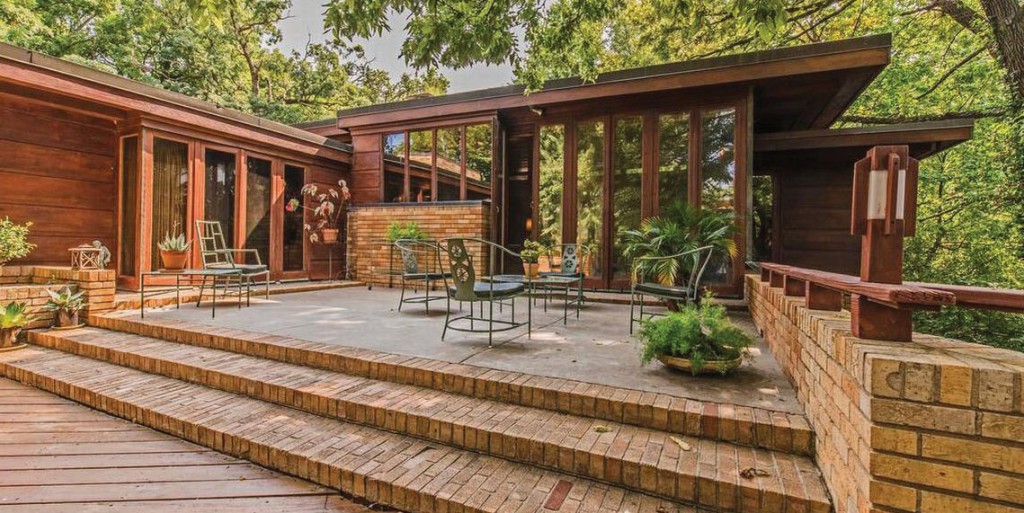 The CGSC Foundation conducted a fundraising event at the historic Frank Lloyd Wright home of Jim Blair in Kansas City on Oct. 25, 2018. Friends of the Foundation were in attendance at the event, which was hosted by Kevin Hancock, Foundation Trustee Wes Westmoreland and Michael Lintecum. 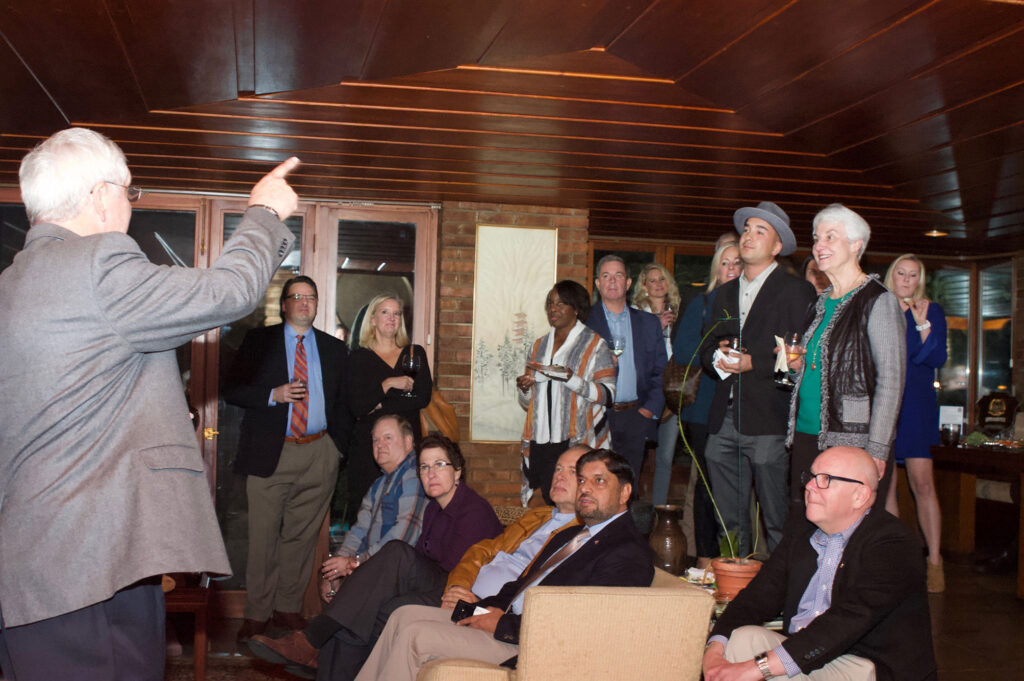 The Foundation’s purpose in hosting an outreach/fundraising event such as this was to raise awareness of the U.S. Army Command and General Staff College with the people of Kansas City and to generate support for the CGSC Foundation’s programs. The location of the fundraiser was at one of two Frank Lloyd Wright homes in the Kansas City area. According to Foundation President/CEO Doug Tystad, Jim Blair, the current owner of the home, was gracious in opening his home to friends, old and new, to showcase the historic property and to support the mission of the Foundation.

“Blair and Kevin Hancock, along with their friend Michael Lintecum (his company is this month’s Corporate Partner of the Month), became interested in the Foundation and the College as part of the Foundation’s Art of War outreach and education program,” said Tystad. “As patrons of the arts, they were fascinated by the CGSC Art and Gift Collection and after touring the post and college during one of our ‘Walk and Talk’ visits, they became more involved. Subsequently Lintecum attended the National Security Roundtable program in spring 2018 and Hancock attended the fall program. They both came away impressed by the quality of instructors and students and developed a deeper appreciation for the excellence of the College and a newfound dedication to becoming more involved in the mission of the Foundation.”

Tystad said these men’s dedication to the mission of the Foundation led to their gracious offer to host an evening fundraising event. During the fundraiser Tystad regaled the attendees with the raison d’etre for the College through the history lesson given on Saint Crispian’s Day when the Battle of Agincourt was fought some 600 years ago and how that ties into and still informs education at the College today. Questions from the audience centered on the size, mission, and scope of operations being conducted by their modern military forces. Discussion also focused on how the Foundation helps enhance the academic experience through our programs, informs and connects the American people with their College and military, and helps enrich the lives of our military and their families. Hancock and Lintecum both gave personal testimonials about how the impact that their time spent at the Command and General Staff College personally impressed them and filled them with resolve to help generate support for the CGSC Foundation mission.

For more photos from the fundraiser see the album on the CGSC Foundation Flickr site.

« Read Previous Post: News You Can Use: 10/30/18
Read Next Post: Pershing lecture examines 'The Fate of the Kaiser' »