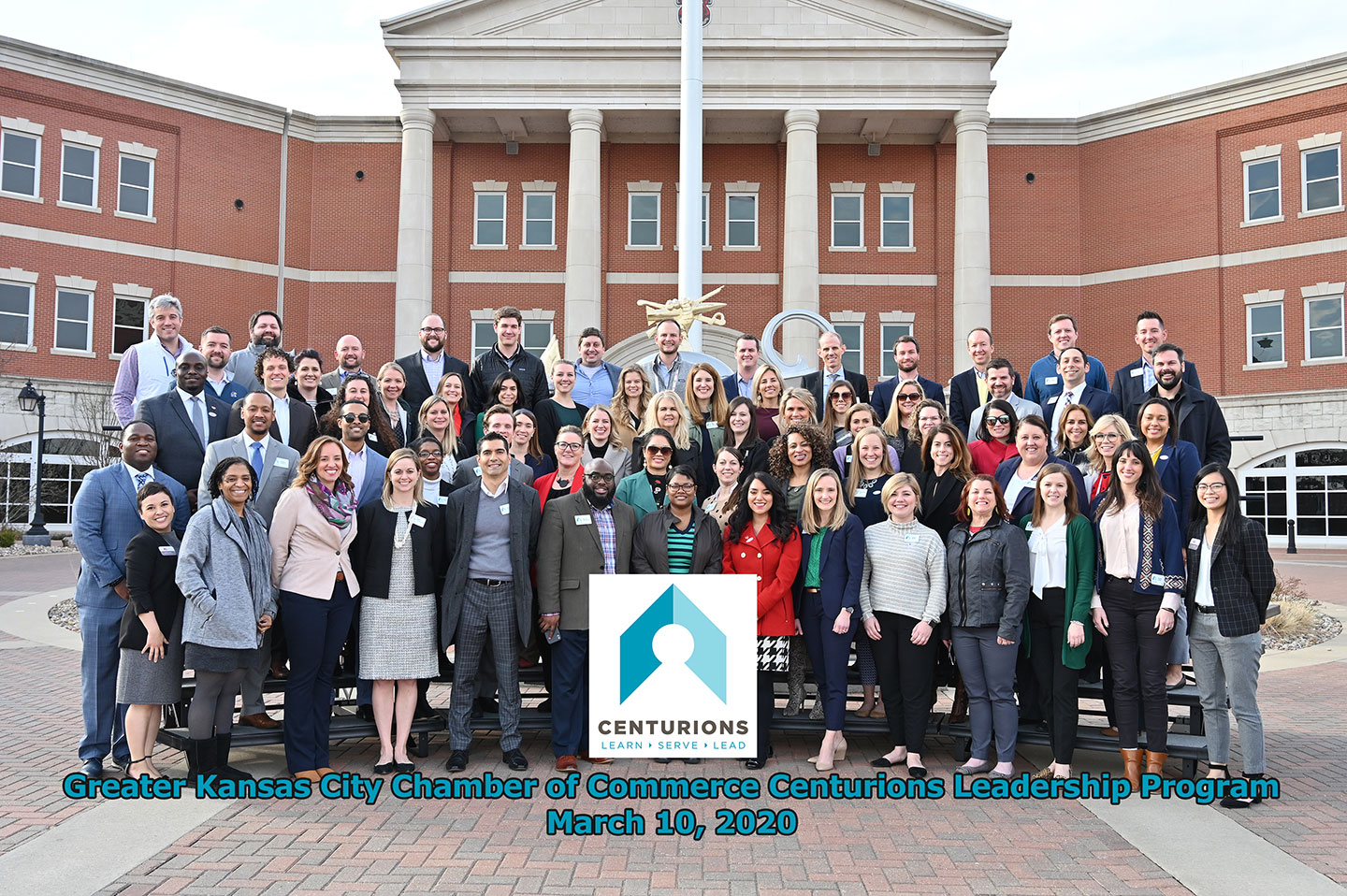 More than 70 members of the Greater Kansas City Chamber of Commerce Centurions Leadership Program visited Fort Leavenworth and the U.S. Army Command and General Staff College on March 10, 2020, as part of their two-year program to explore the opportunities and issues of the Kansas City metro area.

Michael D. Formica, deputy to the commanding general of the Combined Arms Center and Fort Leavenworth, provides a welcome and information briefing for the KC Centurions on March 10, 2020, in Marshall Auditorium of the Lewis and Clark Center. 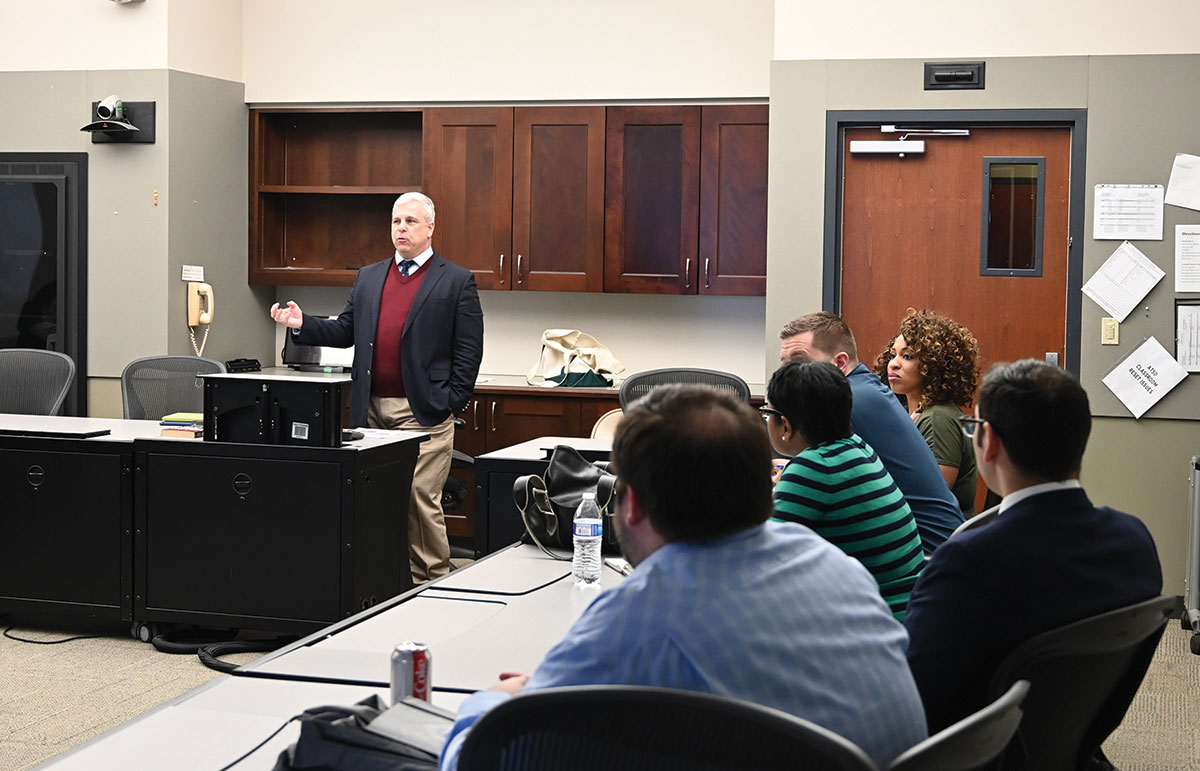 Professor Chris Johnson from CGSC’s Department of Military History leads his group in a discussion on the practical relevance of history entitled “Looking to the Past to Consider the Future.” 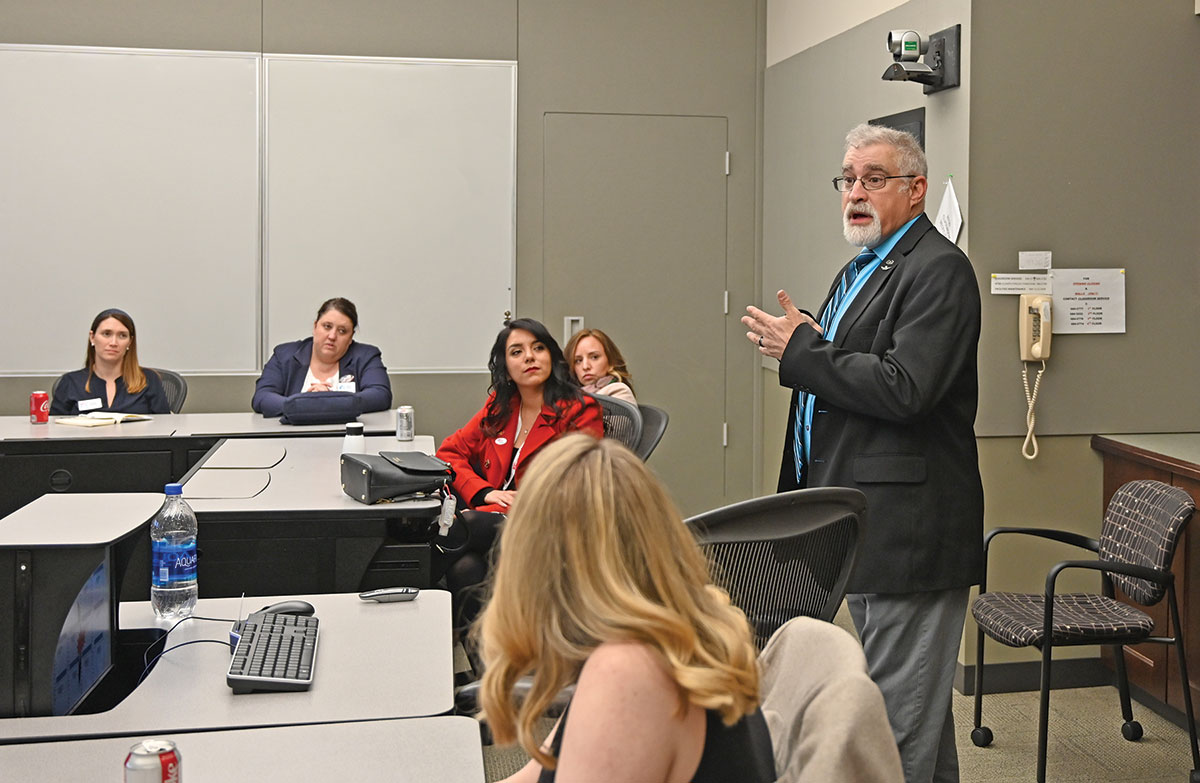 Dr. Steve Boylan from CGSC’s Department of Command and Leadership leads a discussion on “The Use of the Myers-Briggs Type Indicator in CGSC.”

“Members of the Centurions are mid-level executives from a myriad of business and government organizations across the greater Kansas City metro area,” said CGSC Foundation President/CEO Rod Cox. “Their visit to CGSC was designed to familiarize them with Fort Leavenworth and showcase the quality of the faculty and education at CGSC. This was an outstanding outreach opportunity for both Fort Leavenworth and the College to increase awareness of their mission in the minds of leaders in KC metro area.”

At the conclusion of his presentation, Formica entertained a sweeping array of questions from the Centurions including personnel policies and issues, recruiting and international threats. At the conclusion of this session, the attendees split into six breakout sessions they had selected in advance of their visit led by various members of the world-class faculty of the Command and General Staff School’s teaching departments:

After the breakout sessions, Foundation President/CEO Rod Cox, Chief Development Officer Bob Ulin, Communications Director Mark H. Wiggins, and Professors Johnson and Im led groups of the Centurions on a tour of the Lewis and Clark Center. The tours provided the Centurions with the opportunity to ask more questions while gaining an appreciation of the Army’s professional development system and how the Command and General Staff Officers Course fits into that system, all while viewing the instructional facilities, the Halls of Fame, the historical displays and the art and gift collections throughout the Lewis and Clark Center.

At the conclusion of their visit, Cox gathered the Centurions for a group photo in front of the CGSC lamp outside the building and conducted a drawing of business cards to award two CGSC Foundation challenge coins.

For more information about the KC Centurions visit https://www.kcchamber.com/what-we-do/professional-development/centurions