Dr. Dean Nowowiejski, the Ike Skelton Distinguished Chair for the Art of War at the U.S. Army Command and General Staff College (CGSC), delivered the most recent lecture in the General of the Armies John J. Pershing Great War Centennial Series on Feb. 26 at the Riverfront Community Center in downtown Leavenworth, Kan. Nowowiejski’s lecture focused on the Americans that served in the Allied occupation force in Germany after World War I. 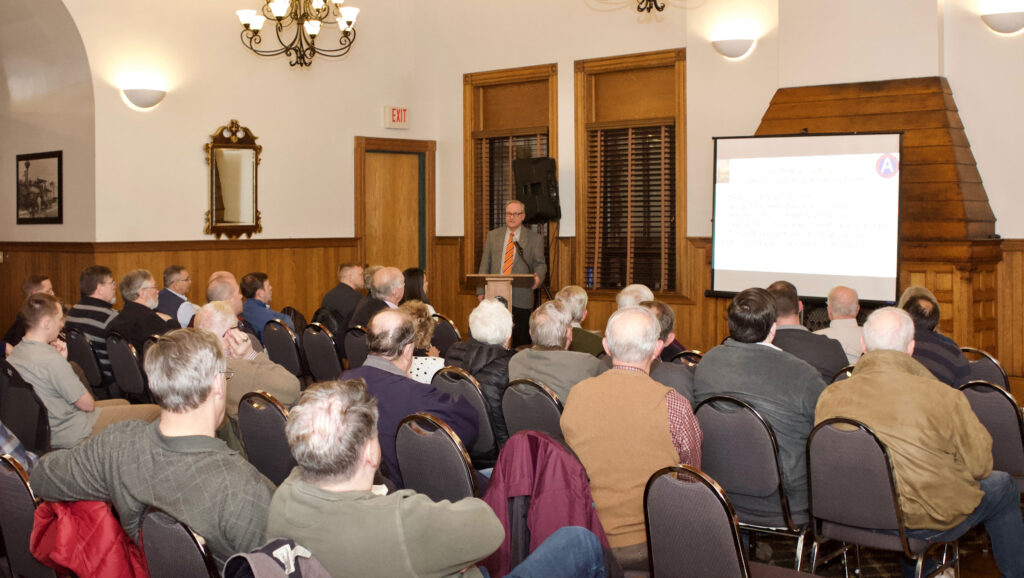 Dr. Dean Nowowiejski, the Ike Skelton Distinguished Chair for the Art of War at the U.S. Army Command and General Staff College (CGSC), delivers the 18th lecture in the General of the Armies John J. Pershing Great War Centennial Series on Feb. 26 at the Riverfront Community Center in downtown Leavenworth, Kan. 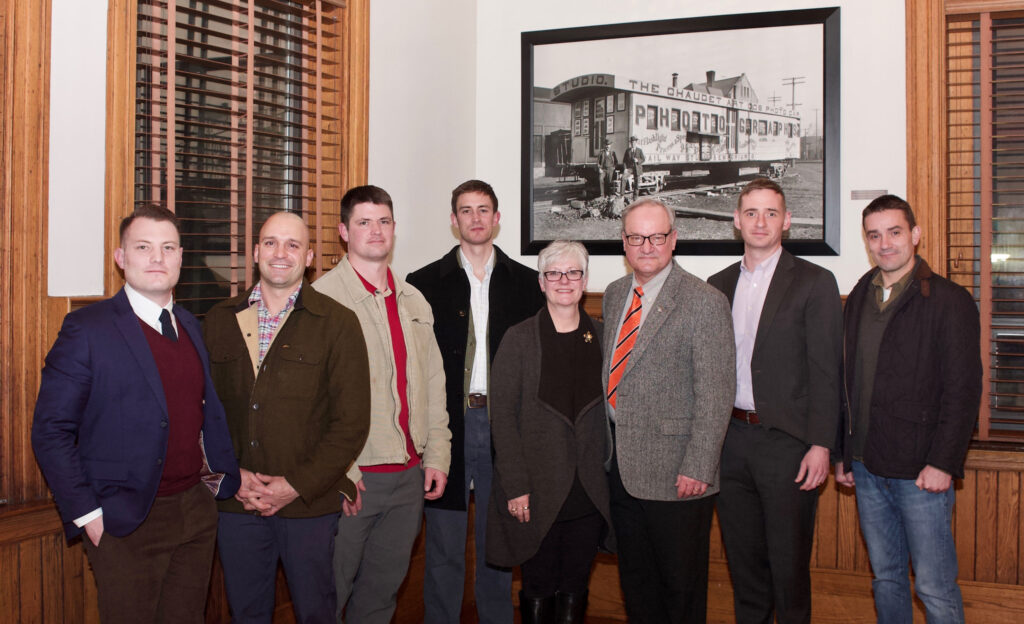 CGSC Art of War Scholar students take a photo with Dr. Dean and Jan Nowowiejski after the lecture on Feb. 26.

Nowowiejski told the story of the American Army of Occupation from its inception in 1918 to its withdrawal in 1923. After the war ended in 1918, General Pershing established Third Army to to occupy the northern sector of the Coblenz bridgehead east of the Rhine River. By July 1919, Pershing had reorganized the forces, establishing the “American Forces in Germany” and appointing Maj. Gen. Henry T. Allen governor. Allen eventually became the American representative to the Interallied Rhineland High Commission. According to Nowowiejski, Pershing appointed Allen to the position because of his record as a capable combat commander, but also knowing that Allen had experience in a similar role in the Phillipine Islands in the Spanish-American War. Nowowiejski said Allen’s leadership of the American forces and his diplomatic savvy were extremely effective for the mission, in spite of getting little to no guidance from either the U.S. War or State departments, both to whom he was supposed to report. Nowowiejski concluded his presentation with a short question and answer session.

Dr. Dean Nowowiejski is the Ike Skelton Distinguished Chair for the Art of War at the U.S. Army Command and General Staff College (CGSC), Fort Leavenworth, Kan. He has directed the CGSC Art of War Scholars program for the last six years and many of his students were present for the lecture. Nowowiejski served in the armor branch of the U.S. Army, retiring as a colonel with 31 years of commissioned service and command through brigade level. His doctoral dissertation from Princeton University compared the performance of the American military governors of Germany after World War’s I and II. This presentation covers insights from his forthcoming book on the American occupation of the Rhineland from 1918 to 1923.

All lectures in the series are free and open to the public. The next lecture in the series is scheduled for April 10 at 6:30 p.m., at the Riverfront Community Center in Leavenworth, Kan. Dr. Geoff Babb from CGSC’s Department of Military History will present a lecture entitled “The Great War in Asia.” An open reception will begin at 6 p.m.