The School of Advanced Military Studies (SAMS) conducted a virtual graduation ceremony that was posted to the Army University Facebook page and the CGSC YouTube site at 6 p.m. on May 21. The graduating class is comprised of 158 students – 16 from the Advanced Strategic Leader Studies Program (ASLSP) and 142 from the Advanced Military Studies Program (AMSP).

Col. Brian A. Payne, the 17th director of SAMS, provides welcome remarks during the SAMS virtual graduation ceremony May 21, 2020. 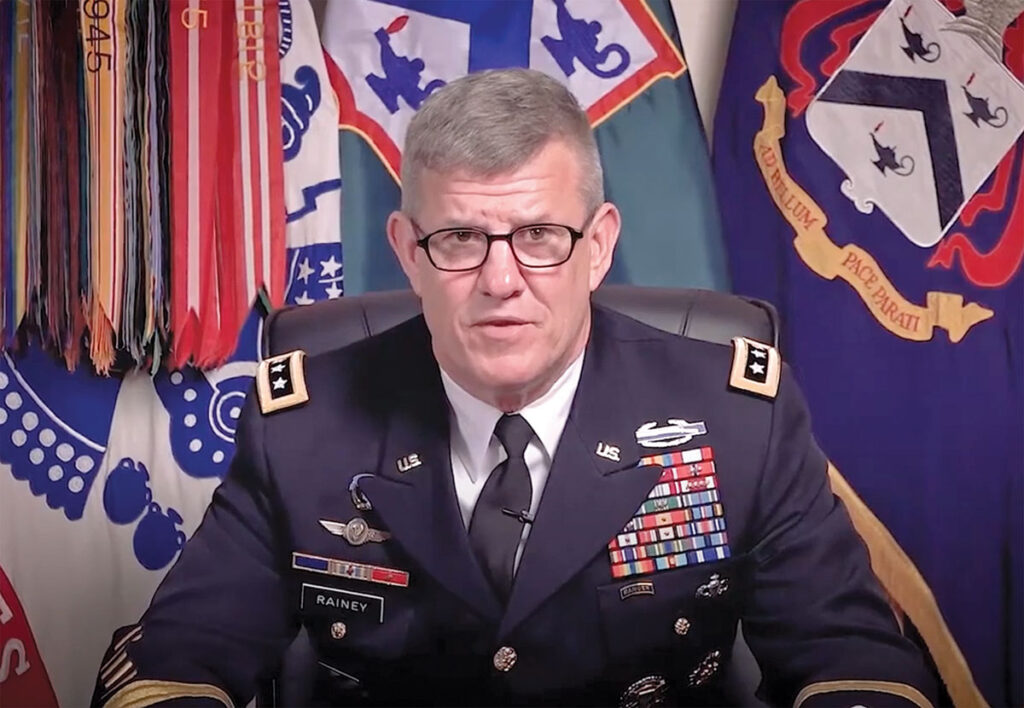 Lt. Gen. James Rainey, commander of the Combined Arms Center and Fort Leavenworth and commandant of the Command and General Staff College, delivers remarks during the SAMS virtual graduation ceremony May 21, 2020. 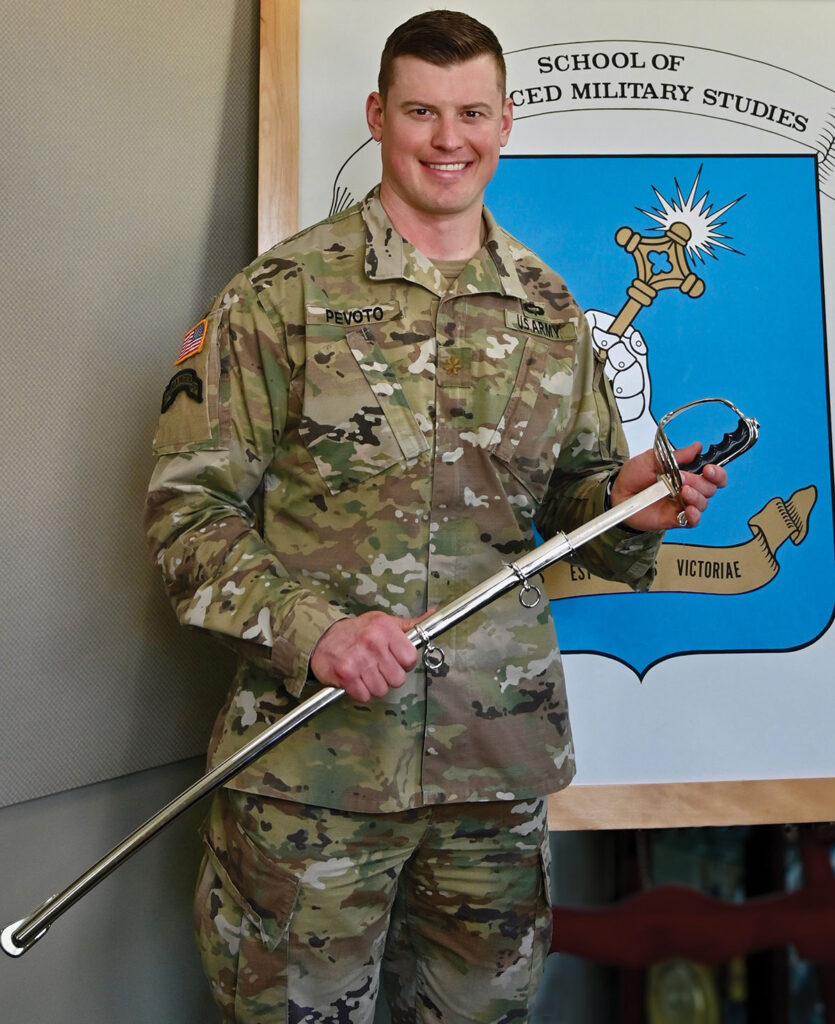 Major David M. Pevoto, U.S. Army, recipient of the Col. Thomas Felts Leadership Award for the top student in the SAMS Class of 2020. 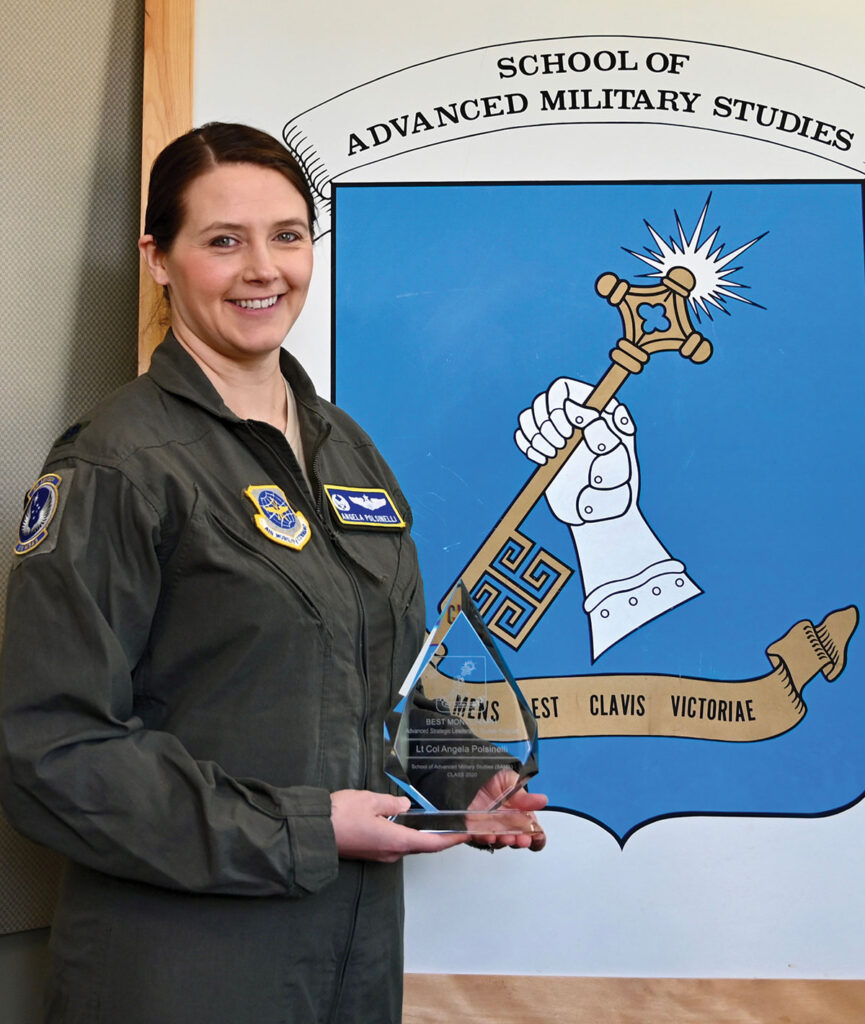 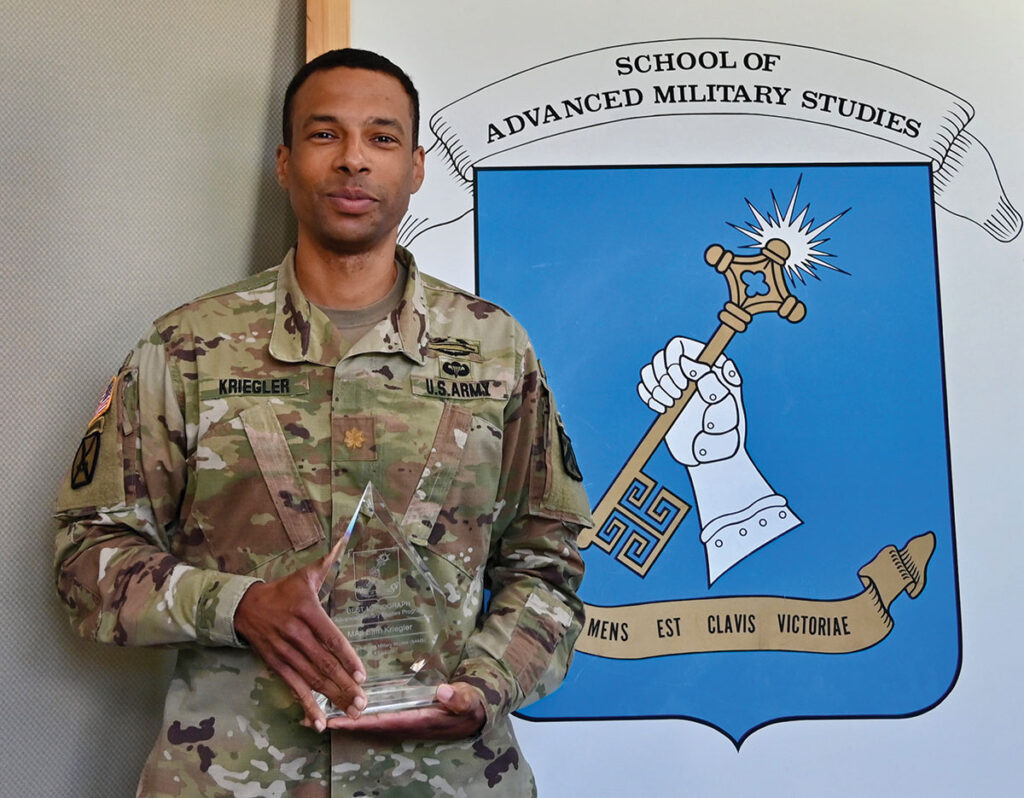 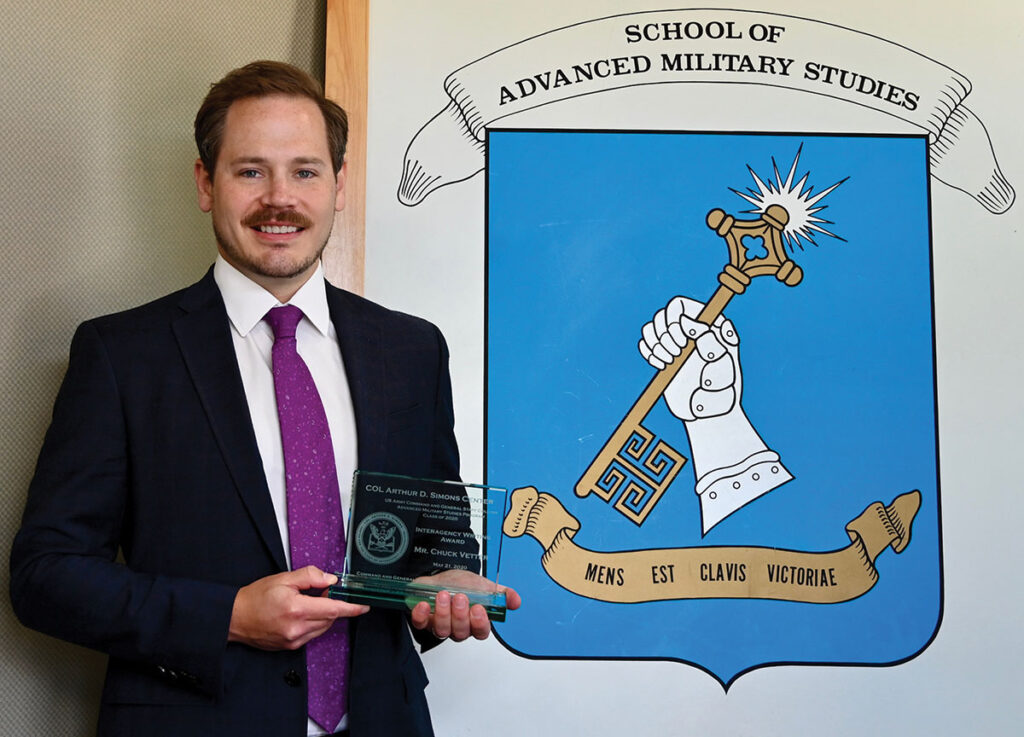 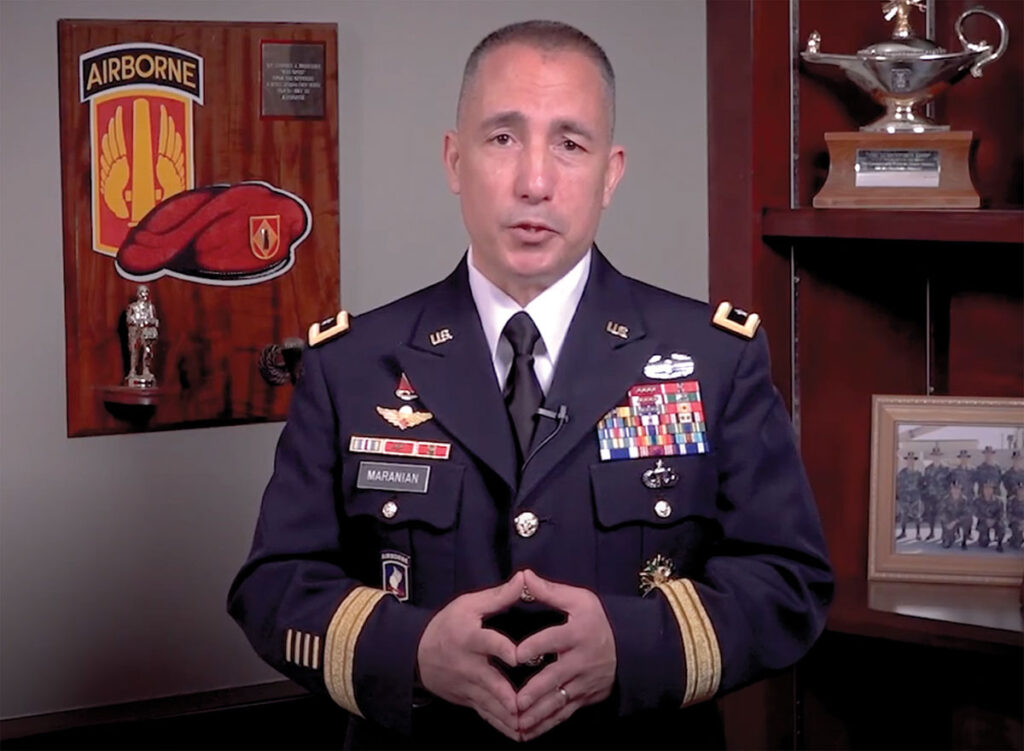 Col. Brian A. Payne, the 17th director of SAMS, led off the ceremony with welcoming remarks and introduced the guest speaker Lieutenant General James Rainey, commander of the Combined Arms Center and Fort Leavenworth and commandant of the Command and General Staff College. In introducing Rainey, Payne told students, “Lt. Gen. Rainey has been planning, learning, or commanding since his graduation from SAMS. Our expectation is that you will follow his example.”

“We’re a commander-centric Army,” said Rainey, speaking to the graduates about expectations of them upon graduation. “They’re going to come to you with hard problems. Their expectations are going to be excellence, not looking for you to do things to the standard.

“Your supervisors – division and corps chiefs of staff, ‘J and G staff’ leaders – are going to lean on you to make the organization successful,” Rainey continued. “You’re going to get way more of your share of the work; you’re going to get the hardest work. Their expectations are mastery of the planning process. They’re also going to expect peer leadership. And your peers are going to come to you for help…their expectations are that you are a great teammate, that you make others around you better, that you are helpful, that you are not a jerk about it. It takes an intellectual humility to be that person.”

Rainey concluded his remarks by telling the graduates, “To whom much is given, much is expected, and you have been given a lot. You have been given a year to study an aspect of our profession and it comes with a huge set of expectations. I want you to show up at your next unit with a sense of responsibility to deliver on the investment that others in the Army have made in you. If you do that, you’re going to crush it, you’ll be incredibly successful and we’ll all be proud of you.”

Rainey also thanked the students’ families as well as the SAMS faculty for their support.

At the conclusion of the recognition of awardees and graduates of the class, the Provost of Army University and CGSC Deputy Commandant Maj. Gen. Stephen J. Maranian also delivered brief remarks.

Major David M. Pevoto, U.S. Army, received the Col. Thomas Felts Leadership Award considered the top award for SAMS graduates. The award is presented to the student who best exemplifies all the desired attributes of an Advanced Military Studies Program graduate. The award is named in honor of Felts who graduated from the Advanced Military Studies Program in 1998 and the SAMS senior program in 2005. He was killed in action in Iraq in 2006. The Command and General Staff College Foundation sponsors the award through a generous donation from Col. (Ret.) and Mrs. Doug Tystad. Col. Tystad was himself a SAMS graduate and also served as the Foundation President/CEO from October 2013 to December 2018.

Sixteen graduates completed the Advanced Strategic Leader Studies Program. This Senior Service College program, equivalent to the Army War College, focuses on planning and executing the full spectrum of unified land operations with government and nongovernmental agencies and international partners. Its students are senior lieutenant colonels, colonels, and their civilian equivalents. Military class members have typically commanded a battalion-sized unit in the armed services. All graduates earn the Master of Arts in Strategic Studies degree.

In addition to the ASLSP graduates, 142 graduated from the Advanced Military Studies Program. This 10-month long course is a graduate level education program to develop innovative and adaptive leaders who excel at operational art and are willing to experiment and accept risk. Program graduates apply critical and creative thinking to solve complex problems, demonstrate mastery of joint and Army doctrine, and anticipate the future operational environment. They synthesize the elements of U.S. national power in joint, interagency, intergovernmental and multinational operations, and demonstrate effective communications. Graduates of the program earn Master of Arts in Military Studies degrees.

Master’s degrees are awarded by the Command and General Staff College based on students successfully completing their program’s curriculum, passing an oral comprehensive exam, and successfully completing an extensive monograph based on original research. Completed monographs are published electronically by the Combined Arms Research Library. CGSC is accredited by the Higher Learning Commission.

Honor Graduates for the Advanced Military Studies Program are:

Watch the full ceremony on the CGSC YouTube Channel:

« Read Previous Post: U.S. ties to the Philippines on "The General and the Ambassador"
Read Next Post: Foundation News – No. 26/Spring 2020 »