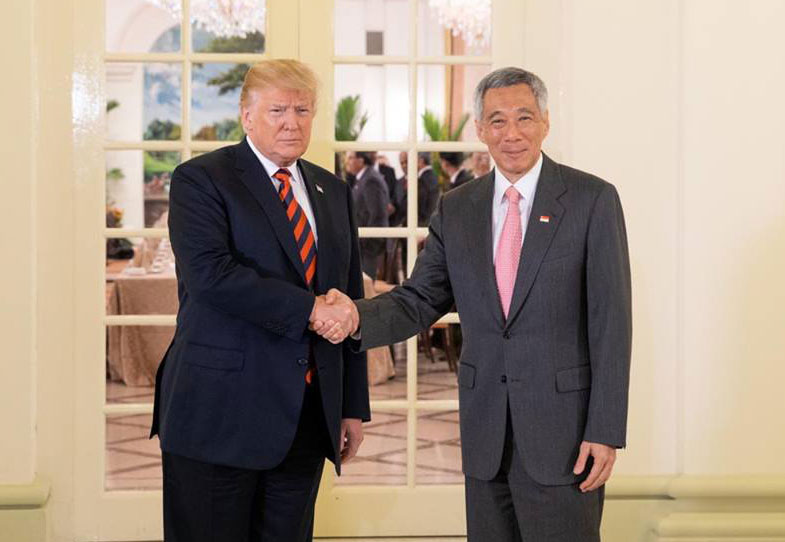 Prime Minister Loong is a graduate of the CGSC Class of 1978 and a 2009 inductee into CGSC’s International Hall of Fame.

According to releases by the State Department, in the afternoon prior to the summit, President Trump met with Prime Minister Loong and thanked him for his assistance. 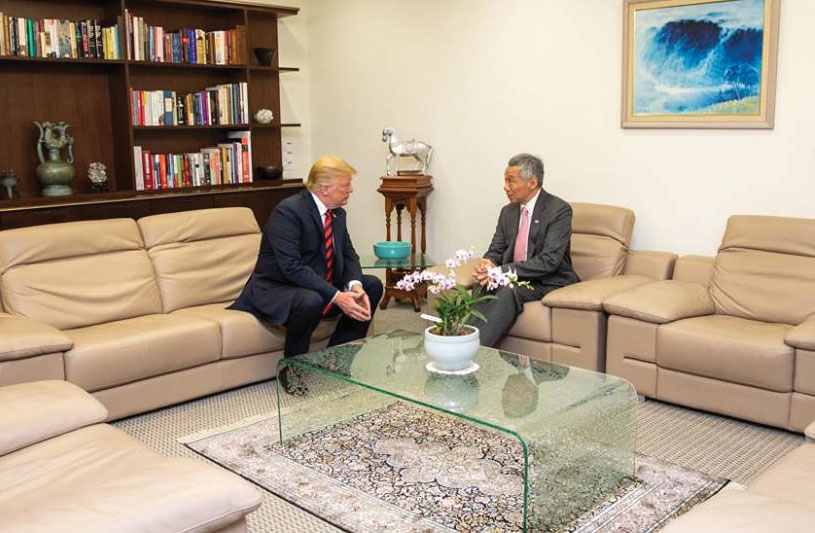 “All the preparations for the summit have come together very nicely,” said U.S. Secretary of State Mike Pompeo during a press briefing on June 11. “The President met this afternoon with Minister Lee of Singapore. It was an important opportunity to thank the Prime Minister of Singapore for his partnership in helping make this summit a reality. Singapore is home to over 4,000 American companies and is a longstanding commercial partner, and we thank them for their help in making this summit what it is.”

During an interview that same day, Prime Minister Loong said, “We are just the host. It is an opportunity for the two sides to meet, we provide a safe place, we ensure that the security is arranged, we make sure that the world can be here. We hope that in this environment, they will have a sense of the way the region is, the potential for the prosperity, stability and security in the region, in Asia, and what that can mean for the world. And therefore a sense of the responsibility they have – the two sides – to come to some kind of a constructive outcome.”

In the days after the summit Secretary Pompeo answered numerous questions about the specifics of the U.S.–North Korea agreement.

“And so all that remains is a great deal of work to do, but I look forward to doing it together to ultimately bring peace to the Korean Peninsula,” said Pompeo in public remarks with Korean President Moon Jae-in on June 14. “I am confident that we took a very good, significant step in Singapore and that our efforts, the U.S. efforts, and the efforts of the people of the Republic of Korea will enable it to achieve its objective over the coming weeks and months.”

“Our own CGSC alumnus Prime Minister Loong helped start this process and the rest of us CGSC students and grads are proud of his accomplishments,” said Foundation President/CEO Doug Tystad.