The strategy addresses counterintelligence concerns inside and outside of government, and builds on previous versions of the strategy, again calling for the integration of counterintelligence with cybersecurity operations, as it did in the 2009 version. The strategy also lays a foundation for greater cooperation and information sharing among the U.S. government, academic institutions, and the private sector.

In his opening statement within the document, President Obama states that the FIE threat “demands a whole-of-government response to safeguard our most valuable security and economic information.” 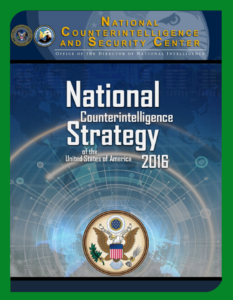