In April 2012, the Atrocities Prevention Board (APB), a standing interagency committee led out of the White House, was created with the intention of making the prevention of genocide and mass atrocities “a core national security interest and core moral responsibility.” A little over one year later, the Center for American Progress has issued a report that describes the APB’s record as “decidedly mixed.”

While the APB has been highly active in its work, bringing new attention and energy to atrocity-prevention efforts, ongoing conflict in Syria has “cast a pall” over the board’s work. Limited congressional and public engagement has also led many to sharply question the APB’s overall efficacy.

The report review’s the APB’s background, structure, and performance, and proposes a number of budget and operational alternatives. The report also calls for increased transparency, saying that the administration should establish a bipartisan oversight mechanism for its operations. 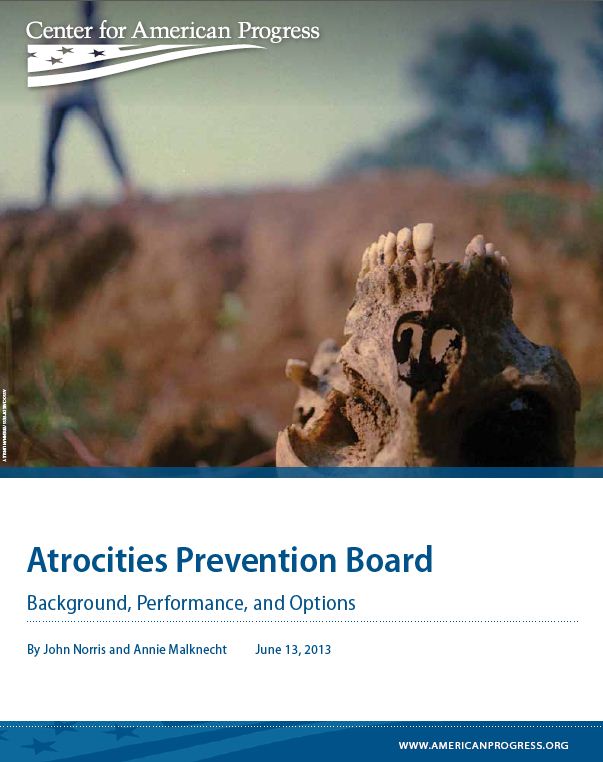