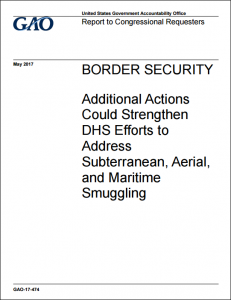 Interested in how smuggling effects U.S. national security?
Check out this week’s featured article “Plutonium and Picasso – A Typology of Nuclear and
Fine Art Smuggling” from the latest edition of the InterAgency Journal.