Defense Secretary Ash Carter announced the release of the Defense Department’s new cybersecurity strategy on April 23, while speaking at Stanford University. The new guidance builds on DoD’s original strategy, which was released in 2011.

According to Carter, the DoD response to cyber threats “is similar to what we do about more conventional threats.” Carter also stated that DoD has three missions in the cyber domain:

The updated DoD cyber strategy lays out goals and objectives for the next five years, and focuses on building capabilities for effective cybersecurity and cyber operations. These cybersecurity activities include information sharing and interagency coordination, as well as building relationships with the private sector and international partners, and will require the commitment and coordination of multiple leaders and communities across DoD and the broader U.S. government. 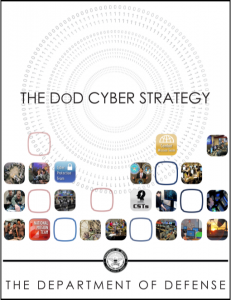